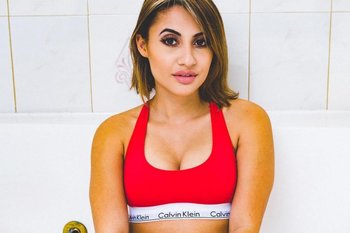 Francia Raisa Almendárez (born July 26, 1988 in Los Angeles, California) is an American actress. She is sometimes credited as Francia Almendárez. Raisa is most notable for her role in Bring It On: All or Nothing, where she plays a tough Latina cheerleader named Leti, The Secret Life of the American Teenager as Adrian Lee and on The Cutting Edge 3: Chasing the Dream as Alejandra "Alex" Delgado and reprising her role in The Cutting Edge: Fire & Ice.