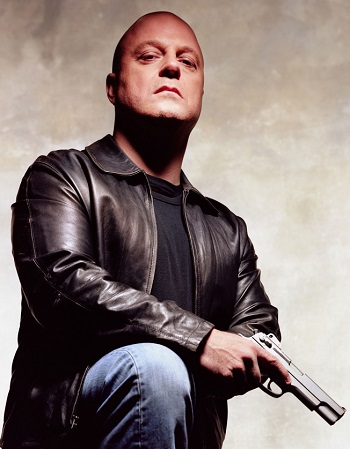 "I don't do desks!"
Played By: Michael Chiklis

The main character and leader of the Strike Team. Certainly not your typical television protagonist, as the character shot and killed a fellow police detective in the pilot episode of the series, without any remorse or regret. Despite this (and more), Vic attempts to do right by his family, the officers under his command, and the people in the community he is sworn to protect. 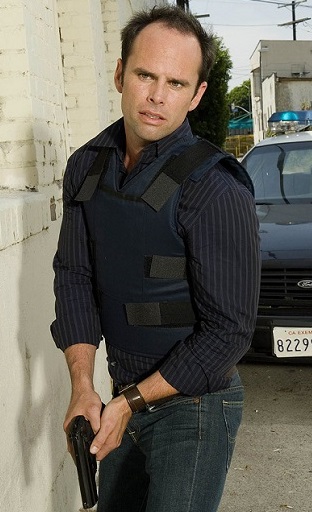 "So we close a triple murder before breakfast, start a race war before dinner. That's a pretty good day."
Played By: Walton Goggins

Vic's best friend and protégé. Impulsive, reckless, and at times racist, Shane drives much of the conflict in the series as his desire to move out of Vic's shadow causes much chaos and conflict. 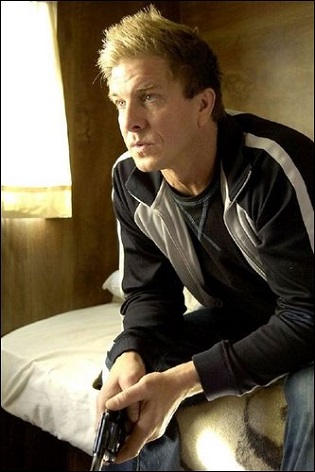 "I've always gone along with everything you ever wanted, and all it's done is get us deeper and deeper into shit."
Played By: Kenny Johnson

The muscle of the Strike Team, as well as its conscience. Will often remind Vic and the rest of the Strike Team that they are supposed to be cops and try and rein in Vic's more corrupt notions (with various degrees of success). Unfortunately for him, he ultimately becomes a liability for the team and is killed off by Shane, to keep IAD from sending him to jail, where he would inevitably break. 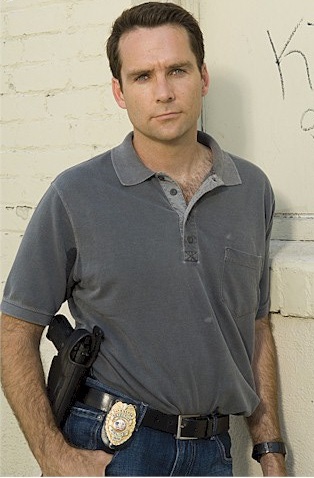 "Oh, I want the rest of the day off!"
Played By: David Rees Snell

With his facial hair and tech skills, Ronnie is the resident nerd of the Strike Team. 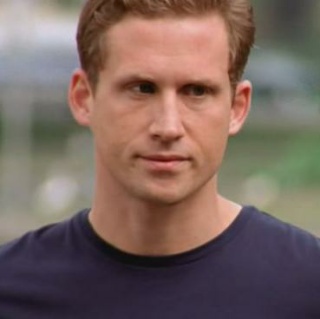 "I'm gonna need moving expenses. Plus a car and a big fruit basket. I'm giving up my life, you gotta give me something back."
Played By: Reed Diamond

"Driver" for the Strike Team, Terry Crowley was placed on the Strike Team by then-Captain Aceveda as a means to keep an eye out on the antics of Vic and his crew. Unfortunately for him, when Aceveda approached him about gathering evidence about Strike Team corruption, Terry agreed, only to get a bullet in the face for his trouble. 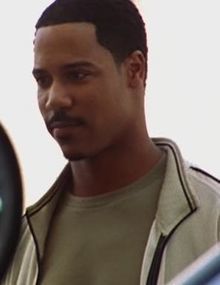 "Ain't got nobody here to get your back. But now I know who you really are. And so do you."
Played By: Brian White

A young black detective who is placed on the team due to orders from the brass, who want to include one Token Minority onto the all-white Strike Team. Unaware of Vic Mackey's corrupt nature, the skilled rookie detective made a big mistake when he went and told Shane that he was hoping that Vic would take him under his wing as a mentor. One massive brawl later and a car wreck, Tavon was written out of the series.

Army sniper who, after a tour of duty in Iraq, returned home and landed a job with the LAPD, where he was partnered with Shane Vendrell. The two got along well, but Shane's corrupt cop ways ended up getting the two in hot legal water. Rather than risk his luck, he ended up resigning from the LAPD and returning to the military. 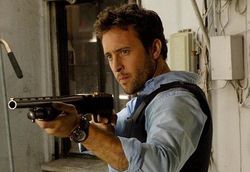 A capable officer introduced as the one who will succeed Vic in leading the Strike Team. His arrival is initially met with some tension but Vic and co eventually warm up to him. 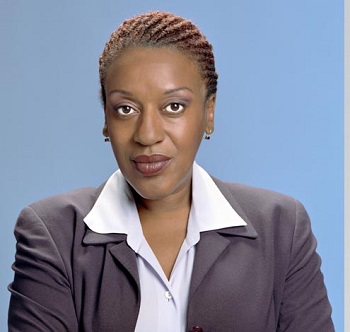 "It's good to shake things up once in a while."
Played By: C.C.H. Pounder

Veteran detective partnered with Detective "Dutch" Wagenbach. Though positioned as the conscience of the Barn, she's more than willing to turn a blind eye to Vic's brutality and corruption...at least, at first. 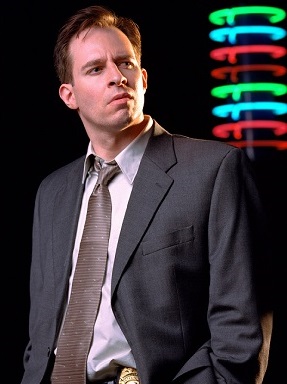 "If you're so special, how come a lowly civil servant like me just caught you?"
Played By: Jay Karnes

Detective and partner of Claudette. A brilliant, but socially inept detective who deals with unsavory bad guys. The Rival to Vic Mackey. 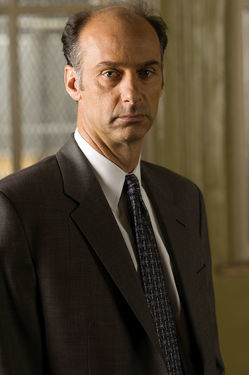 "I think a profiler would call that a pattern of shitting where you eat."
Played By: David Marciano

A veteran cop who is five years away from retiring and dead set on doing as little as possible until then, in order to ensure he sees the day of his retirement. 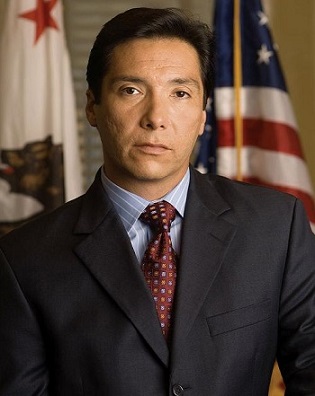 "Mackey's not a cop. He's Al Capone with a badge."
Played By: Benito Martinez

The politically ambitious police captain of the Barn and ultimately an influential member of the Los Angeles City Council. Despite being Vic Mackey's archnemesis and by extension the principal antagonist in Season 1, he and Mackey become begrudging allies in later seasons. 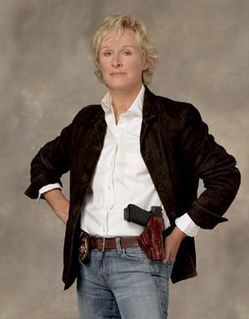 "A drug dealer uses a car to distribute drugs, we're gonna seize that vehicle. A gang sells crack out of their back room, we're gonna take that home."
Played By: Glenn Close

Replacement captain for the Farmington District after Aceveda left following his election to city council. 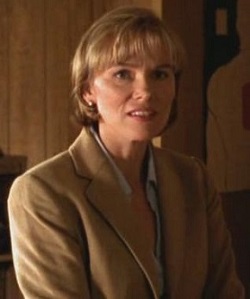 "When I ask for something I ask politely because that's my nature, but when you make me ask a second time I lose my patience....The people I work for want answers. They expect me to get them.I have the power to recommend changes, get people fired, even shut down this entire building if it's warranted! Do you understand what I'm saying detective!?"
Played By: Lucinda Jenney

A civilian auditor appointed by the City Council to supervise the Barn's activities following the events of Season 1. She and Armadillo Quintero serve as the principal antagonists in Season 2. 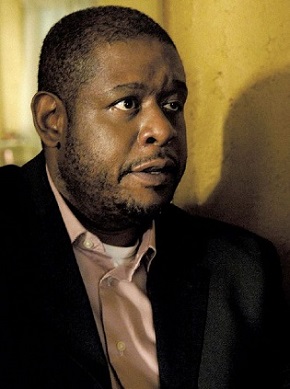 "Why is it that the guy with the conscience always gets caught holding the bag? And we don't ever want that guy, do we? We want the guy that put him into motion."
Played By: Forest Whitaker

IAD officer who goes after Vic Mackey and the Strike Team. 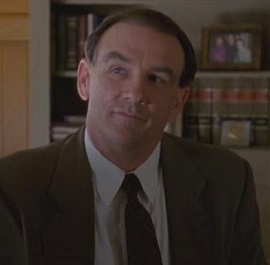 "Don't act like you're better than me. What things have you done? What've you done, then covered those things up?"
Played By: John Diehl

The Assistant Chief of Police, Vic's political muscle within the department, and the man who created the Barn and formed the Strike Team. 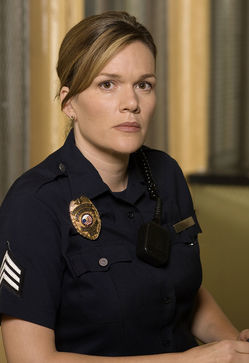 "Welcome to the life."
Played By: Catherine Dent

An LAPD officer working at the Barn, she is Julien Lowe's training officer, and an on-off lover of Vic Mackey. 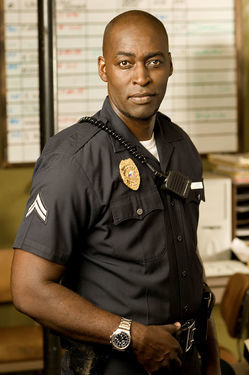 "Went knocking, half the people weren't answering their door, the other half were sleeping."
Played By: Michael Jace

An LAPD officer working at the Barn under Danny Sofer's tutelage. He is a devoted Christian who is also struggling to come to terms with his homosexuality.

A new recruit assigned to serve as Julien's partner. Her going from vain pretty girl to competent cop was a major storyline for the later seasons of the show.

A hooker and crack addict who serves as Vic's unofficial informant.

Another Confidential Informant for Vic in the El Salvadoran community. A single mother with an autistic child, whose testimony puts the Strike Team in IAD's sights. 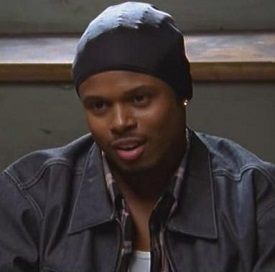 A low-level drug dealer selected by Vic to hold the monopoly on corners in Farmington (in exchange for some regular "rent" payments, of course). 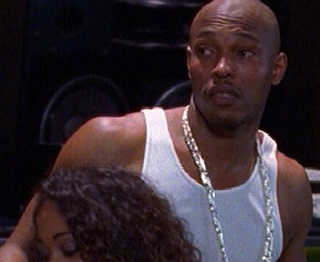 A prominent L.A. gangsta rapper who happens to be, well, an actual gangsta. In between recording sessions, he calls the shots for the One-Niners. Until Antwon Mitchell gets out of prison, at any rate... 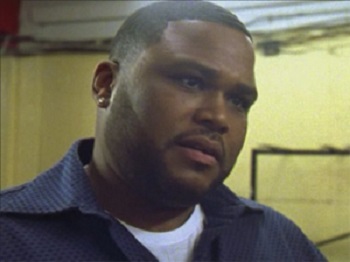 A high-ranking member of the One-Niners street gang and an old enemy of Monica Rawling, recently released after serving a thirteen-year sentence on drug charges.

The street boss of the One-Niners after Antwon Mitchell is sent back to prison. 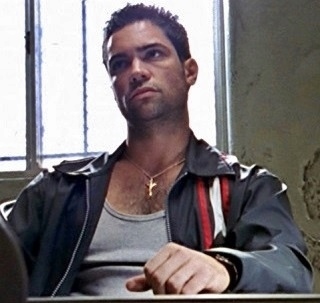 A sociopathic underworld kingpin from Mexico who moves into Farmington with plans to dominate its underworld. He and Lanie Kellis serve as the principal antagonists in Season 2.

A big-time property developer and one of Aceveda's key financial backers in his budding political career. Too bad he's also the front for The Cartel's plan to buy up Farmington and turn it into their new L.A. base of operations...

Chief of security for The Cartel and Pezuela's boss. 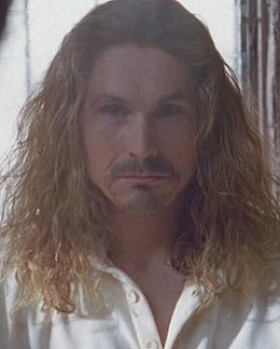 A highly feared enforcer of the Armenian Mob who begins systematically hunting down and executing all those suspected of being involved in the Money Train Heist at the end of Season 2. 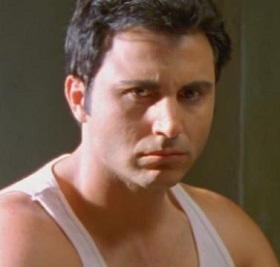 A hitman dispatched by Margos Dezerian to locate those responsible for the Money Train Heist. 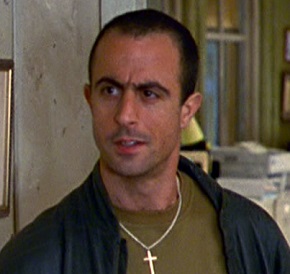 A mid-level soldier in the Armenian mob responsible for overseeing the organization's Money Train. 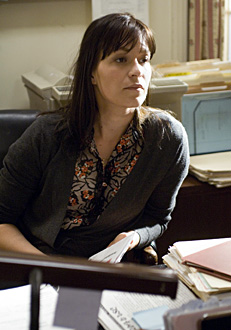 The daughter of an Armenian Mafia chieftain, who secretly runs his organization after he is left comatose by a heart attack.

A Serial Killer that murdered 23 people.

A serial rapist, and eventual Serial Killer, who targets elderly women and "cuddles" with them afterward.

An accused Serial Killer from Texas who relocates to Farmington, which soon sees a rash of murders matching his alleged M.O.

A teenage boy who claims to have shot a burglar in his home, but whom Dutch suspects of being a budding Serial Killer.

A criminal defense attorney retained by Vic to represent the Strike Team in the face of Kavanaugh's investigation.

A special agent with Immigration and Customs Enforcement who helps Vic bust The Cartel...and becomes his last hope for a lifeline when his web of lies and crimes starts to unravel.

A private detective Vic hires to find Corrine and his children.