Skwisgaar Skwigelf (Taller than a Tree) 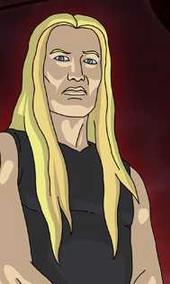 Toki Wartooth (Not a Bumblebee) 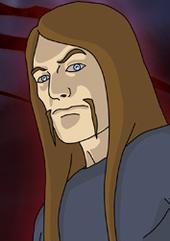 Rhythm guitarist, and shortest tenured member of the group. Bears a nagging inferiority complex, and endless scarring memories from his childhood. 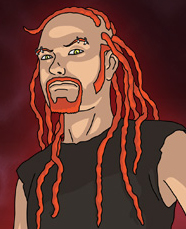 Drummer/songwriter. One of the more stable members, despite a staggering alcohol problem and crappy family. 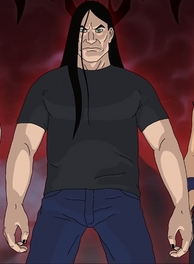 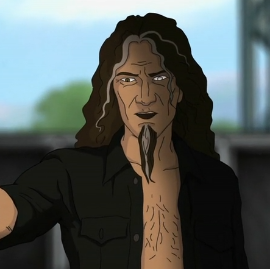 Ex-member of Dethklok, kicked out for his controlling and deranged nature. 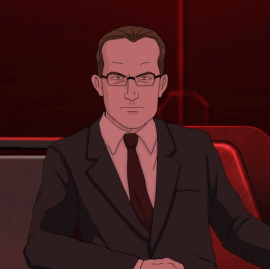 CFO/asskicker for Dethklok, and person who keeps them from financially imploding. 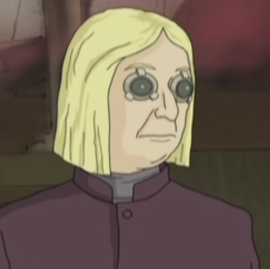 Dethklok's sound engineer. Originally a mole for the tribunal, he defects and becomes a semi-capable employee. 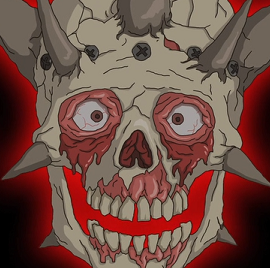 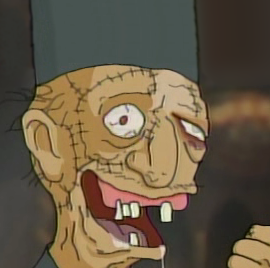 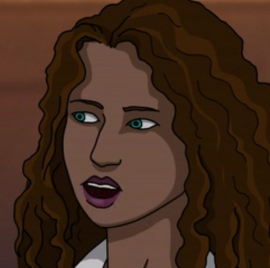 A music engineer sent by the label. 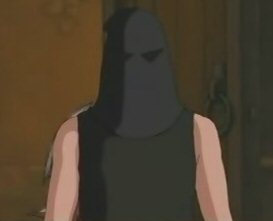 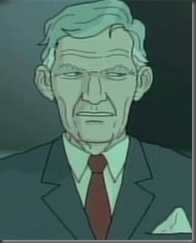 Mr. Exposition for the Tribunal.

"He keeps appearing in my dreams, he speaks to me in an ancient language that I don't understand... But I think he is telling me that I am going to die."
Voiced by: Victor Brandt 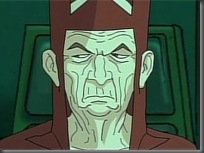 Original religious member of the Tribunal.

The mysterious leader of the Tribunal. Although very interested in Dethklok's activities, the council is forbidden from interfering with or eliminating the band, under his specific orders. Disobeying him is a very, very bad idea, or else he'll dissect your organs and kill you in a cruel way.

A brutal assassin hired by Crozier to kill Dethklok. When he fails, he becomes Dethklok's (Or more specifically Charles') sworn enemy.

The wheelchair bound half of the Jomfru brothers who tried and failed to blackmail Dethklok for money. Unlike Eric, he survives to plot his revenge on Dethklok.

A teenager imprisoned by Dethklok for pirating their songs.

Lavona in the middle

A group of women who are convinced Nathan can birth them a super race. 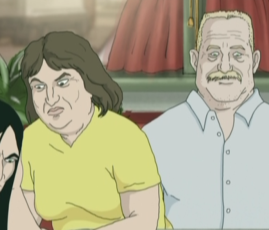 Rose on the left, Oscar on the right
Nathan's parents. Unlike the rest of the band, Nathan has a very friendly relationship with them, especially his dad.
Thunderbolt and Stella Murderface 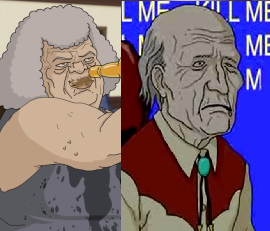 Stella on the left, Thunderbolt on the right
Calvert, Molly and Seth

from left to right: Seth, Pickles, Molly, Calvert
Pickle's family. Calvert and Molly are his parents, while Seth is his older brother.
Serveta Skwigelf 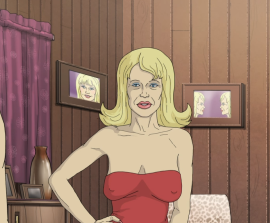 Skwisgaar's absolute whore of a mother, seemingly sustained by having sex as much as possible.
Aslaug and Anja Wartooth

Leonard Rockstein aka Dr. Rockzo, The Rock & Roll Clown (he does cocaine) 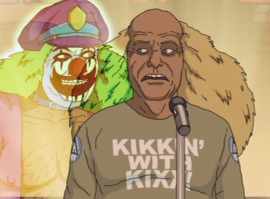 Rockstein on the right, Rockzo on the left

A cocaine addicted reprobate who dresses like a clown. A frequent annoyance to Dethklok (Minus Toki) 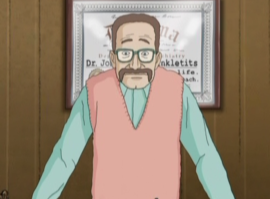 A wacko band therapist hired to help Dethklok get along.

The other half of the Jomfru brothers that tried to blackmail Dethklok for money. Unlike Edgar, he doesn't survive screwing with Dethklok. 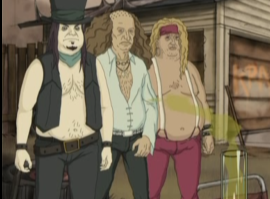 A glam rock act formerly fronted by Pickles. When he left for Dethklok, the rest of the band hit the skids. 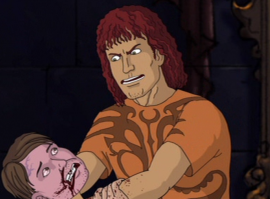 A rehab center spokesperson who weasels his way into being Snakes N' Barrels new lead singer. 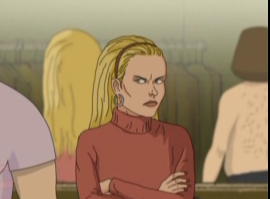 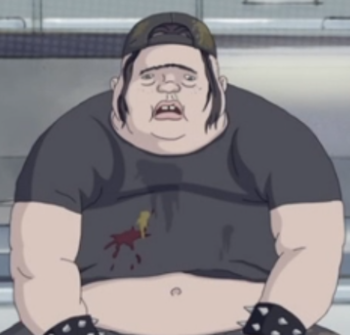 A foster kid adopted by the members of Dethklok under the mistaken assumption that it could be counted as a tax credit. 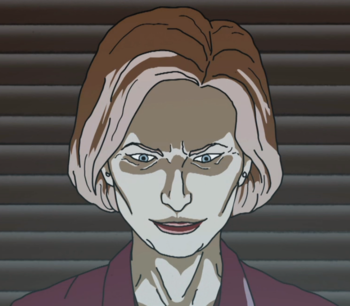 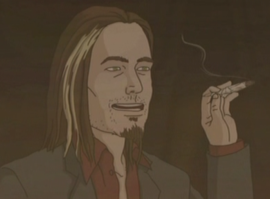 A sleazy second manager hired by Dethklok to be their pal.

An old Mississippi blues man, who comes to teach Dethklok the power of the blues. 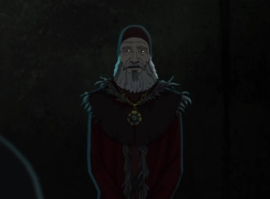 Leading priest of the Church of the Black Klok.