This is the character sheet for Dumbing of Age, the "Ultimate Universe" extension of the Walkyverse. Shortpacked! has its own character sheet, with Roomies!, It's Walky!, Joyce and Walky! has one under construction. Please do not confuse the two, as there are serious Alternate Character Interpretations stemming from the difference in continuities.

Because of the large Ensemble Cast and Switching P.O.V., characters are listed in alphabetical order by full first name. 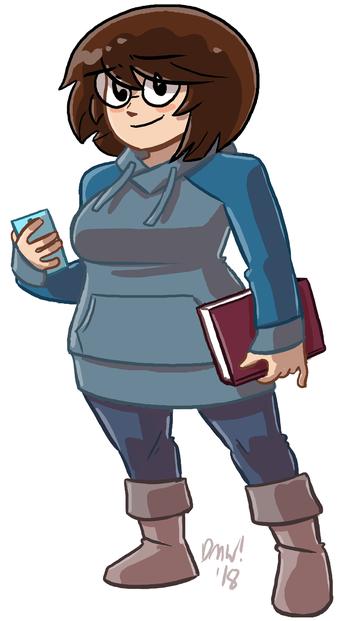 A geeky girl who enjoys playing video games, Amber hides a few...issues. Dina is her roommate. 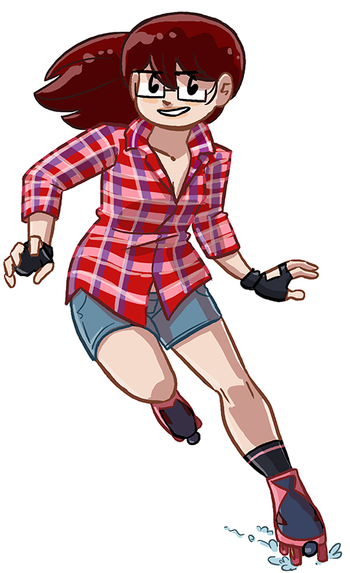 "Here's the thing about me liking someone—either I'm nice to 'em, or I bug the everlovin' shit out of them forever and ever."

A single-room sophomore and part of Sal's new "posse". Carla wants people to know she exists; wanting them to like her is another matter.

Amber's roommate, Dina is an expert on all things dinosaurs. Her knowledge about human behavior, on the other hand...

"Incorporating a regulated amount of fun is an important component of mental health!"

Dorothy is a career woman aiming towards Yale and then politics. Too bad real life keeps getting in the way. She rooms with Sierra. 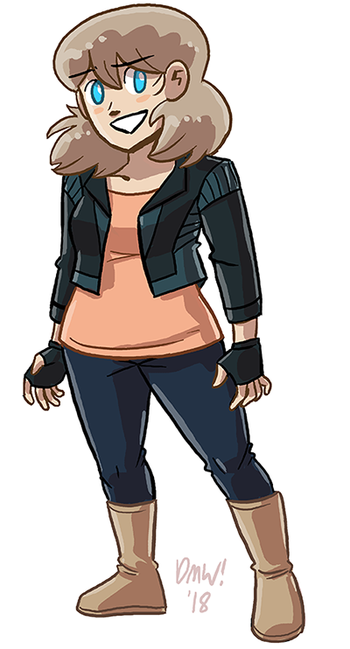 "I think we should give everybody a chance before we write them off. Even the bad people. I admit sometimes I'm not very good at it, but I feel I at least need to try."

The closest to a protagonist in this comic, Joyce is a naïve homeschooled young woman about to get the culture shock(s) of her life. She ends up rooming with Sarah. 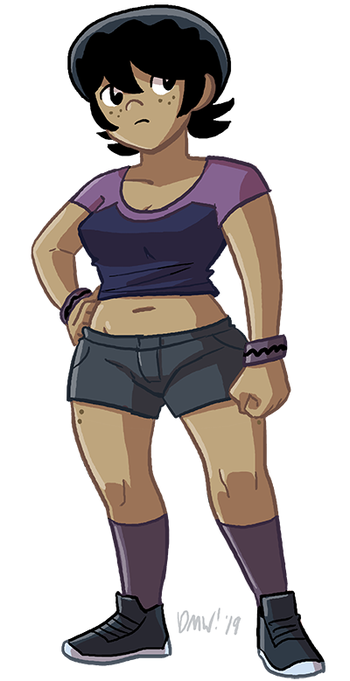 A roller-derby skater who hangs out with Sal and Marcie.
Rebecca Leah "Becky" MacIntyre 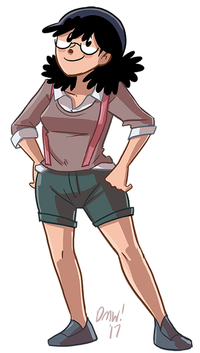 The RA of Joyce's dorm, Ruth basically sets herself up as a dictator who keeps her "subjects" in line through over-the-top threats. As the comic goes on, however, it becomes increasingly clear that she has issues... 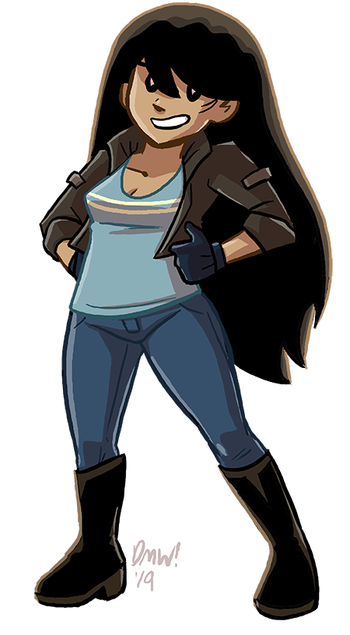 Walky's twin sister, a rebel with a distinct southern accent. She spent some time in a private school, but it seems to have only made her worse. "Shares" a room with Billie. 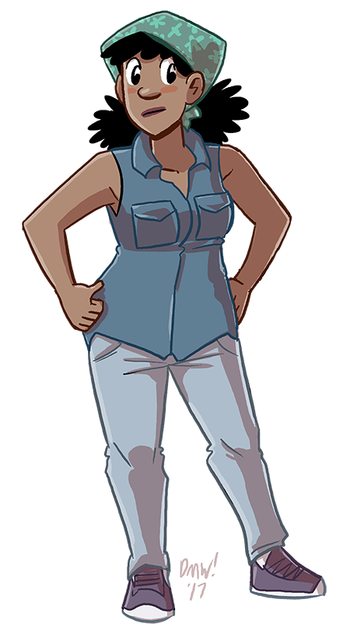 "I wish for everyone to have happy, strife-free futures ahead of them. Because keeping up with everyone's drama and preforming sympathy is friggin' exhausting."

A cynical and antisocial sophomore, who ends up rooming with Joyce.

"I just go by Booster. My previous roommate's inability to adhere to that is why I have a new roommate." 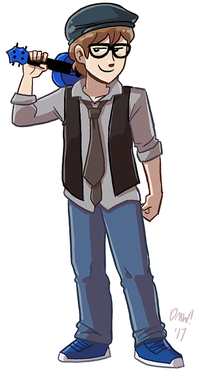 Danny is a timid kind of guy who followed his girlfriend off to college...only to be very quickly dumped by her. He rooms with Joe.

Sal's twin brother. A very juvenile young man, who may or may not be smarter than he looks. He rooms with Mike. 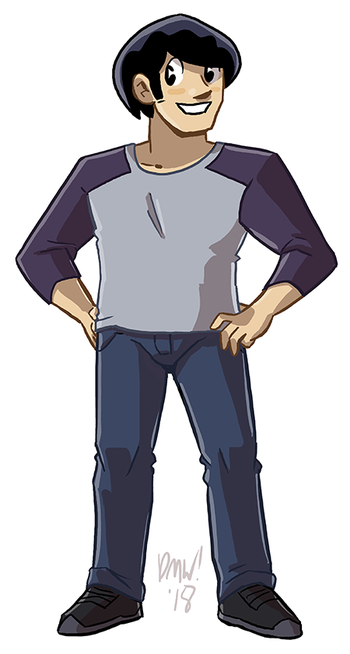 "Okay, but we're only going to ask you four more times."

Ethan is a friendly gay young man with identity issues. He used to date Amber before he accepted his homosexuality, and also knew Mike in high school. 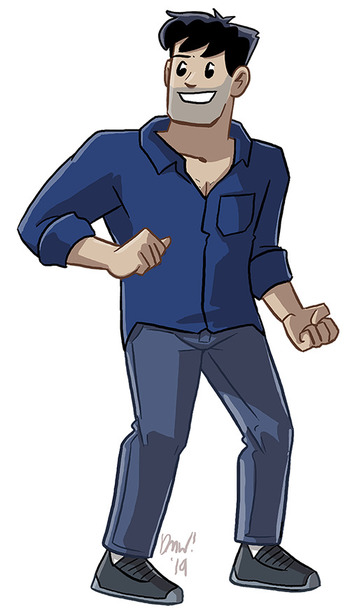 Joe is the ultimate ladies' man, with that being first on his mind... and not much else. He's Danny's roommate.

"Because I paid your mom a nickel."

Defining the "Sadistic Good" alignment, Mike revels in butting in to help his fellow students with their problems in the most cruel, painful, personally devastating ways possible. He's sharing a room with Walky. 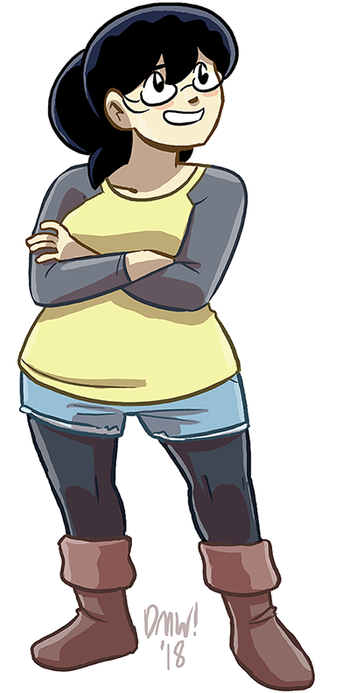 "I'm starting to think I've been oversold on college."

The top girl at her high school, she came to college expecting more of the same. She knew Walky and Sal from childhood, and shares a room with the latter prior to getting transferred to Forrest and rooming with Lucy. 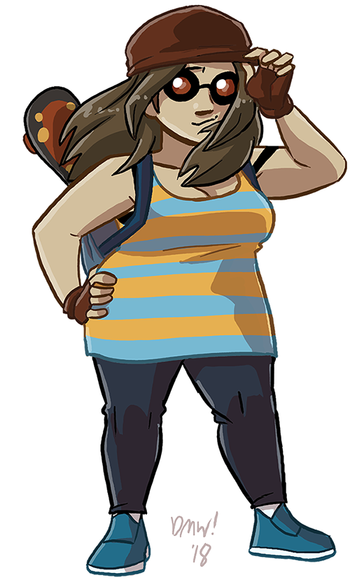 Sal's closest friend since childhood, Marcie is a mute skater and one of the few people Sal consistently listens to. If Sal's not in class or her room, she's probably hanging out with Marcie somewhere.

The lesbian teacher of the freshmen gender studies class.

Roz's older sister and the young congresswoman of the local district. Only more slightly grounded than her main universe incarnation, she got elected on a "family values" platform, which Roz translates as "non-stop pandering to scared homophobic white dudes".

Roz's super-uptight room-mate, whose main personality traits are her "judging you" face and being even more of a fundamentalist than Joyce.

One of the dorm residents in the Clark Wing, and not a big fan of Ruth. In some ironic twist of fate, she shares a room with the only other Rachel on campus.

Rachel's roommate, generally referred to as "Other Rachel." She's a big fan of Amazi-Girl.
Sierra Snow

"I wanna pray too! ...For the dissolution of gender roles."

One of Joyce's religious friends, and Dorothy's roommate. A bit spacey but generally down to earth.

One of the residents of Forest Quad fangirling over Billie.

One of the residents of Forest Quad fangirling over Billie. 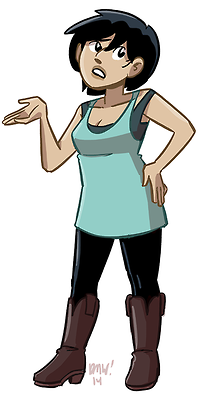 Billie's best friend from high school, who decided to break all ties with her over her self-destructive behavior.

An old "friend" of Sal's when she was a kid, he was the one who got her involved in robbing stores. He attends Indiana himself but hadn't made contact with any of the core cast until Walky learned he was there and decided to see if he was still a bad influence for Sal's sake.
Daisy Conrad

The sex-starved editor of the school newspaper.

An old friend of Sarah's—or more specifically, of Sarah's roommate Dana. Hates Sarah for getting Dana removed from school, though they eventually call a cease-fire. 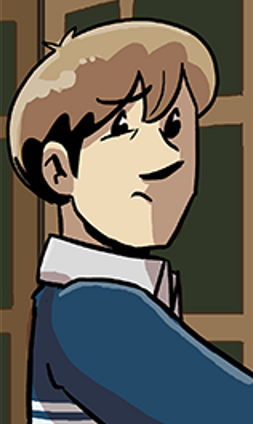 The son of a pastor that Joyce meets at a college party. A date rapist and an all-around terrible person. 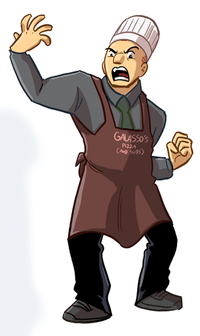 Owner of Galasso's Pizza (and Subs), a restaurant near campus the cast frequent. Tolerated by the student body because his food is just that good.

A classmate of Sal and Walky's in elementary school and a major bully.

A cop on the Korean mob's payroll, whom Blaine considered an ally.

Amber's father, and one of the most despicable characters of the comic. His name seems to allude to legendary Irish pirate queennote among other, more honorable things Gráinne "Grace" O'Malley: this may be just a coincidence but wouldn't be atypical for David Willis.

Amber's stepbrother, who lives with her father. 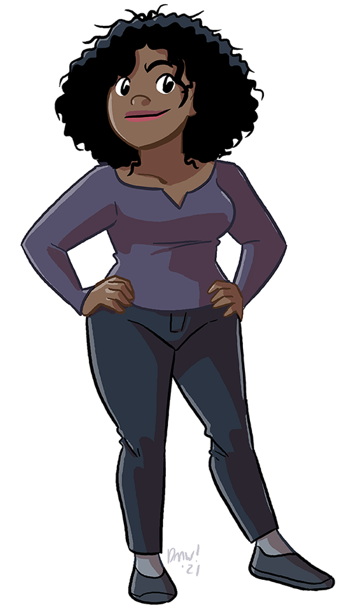 Sarah's younger half-sister, who shows up to visit and proves oddly slow to go away again.

Amber's mother. She loves her daughter dearly, and is looking out for her well being. Sadly, her love life hasn't been great, to say the least. 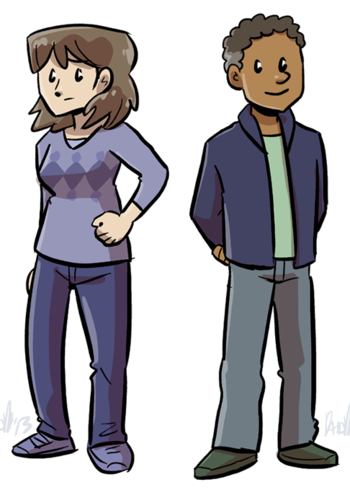 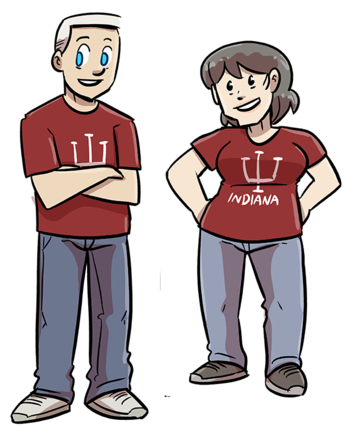 Joyce's second oldest sibling and an aspiring writer with her own website, and closeted trans woman known as "Joshua" or "Josh" to everyone in the cast but Ethan.

Joyce's third oldest sibling, who is implied to be estranged from the rest of the family for being, in Willis' words "too individualistic".

Joe's womanizing father. Ends up in a relationship with Amber's mother, though Joe's convinced it won't last. 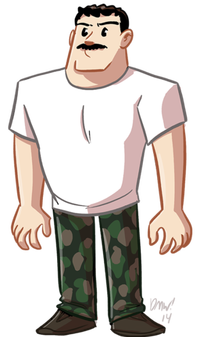 Becky's father, whose head looks like a giant toe (according to Dina). And as it turns out, that pretty much describes his intelligence.