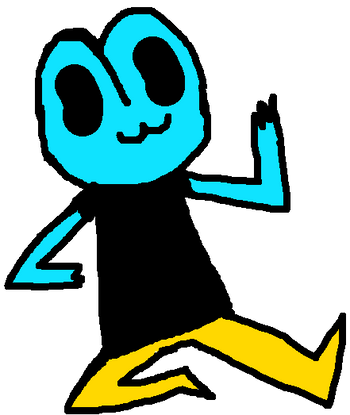 a butt-headed 20-something at his finest
They call me Iggy Butts
Good Mornin', how are you? I'm Iggy Butts
I live a normal life
like any normal person,
'cept my face is like a butt, it's like an actual ass!
But most don't find it weird
—Expository Theme Tune
Advertisement:

The show stars its titular character, Iggy, whose head is apparently shaped like an ass. People don't mind his butt-shaped head, but it just seems so weird, just look at him! Anyways, he is accompanied by his buxom roommate, December Winterson, and his aide "headfly", Billy.

The series can be viewed on the Nickelodeon Fanon Wiki [1]

, even though it has nothing to do with Nickelodeon at all.