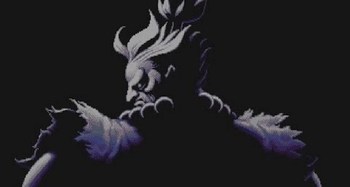 Did he just kill Bison in one shot?! Oh S&$@!!! AHH HE'S TELEPORTING AND THROWING FIREBALLS FROM THE AIR!!!!