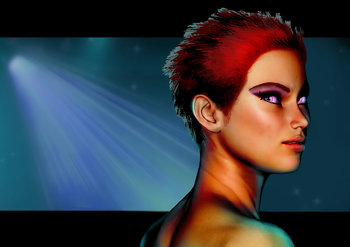 Al has the face of an angel and the morals of an alley cat.

is an urban fantasy webcomic by Phillips. Twenty years ago, humans went to war with monsters. The "good guys" won. They've had to live with that victory ever since.