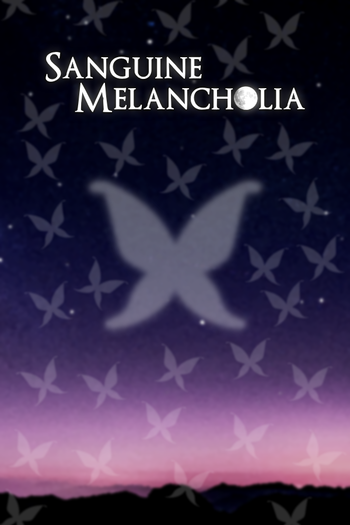 "Prey and live, pray and die."
Sanguine Melancholia is an RPG Maker game developed by MollyAvast, and released on Steam on September 3, 2020. The full game can be freely downloaded on its store

The game follows former detective Adrien Knox in a dystopian setting, as he is roped into a rebellion group challenging the rule of a government system known as the Council.