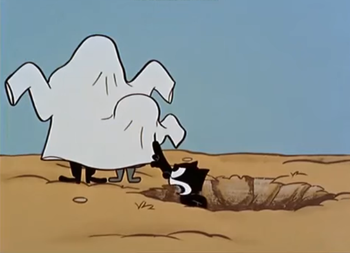 Redbeard the Pirate is a 1960 Felix the Cat cartoon, and the 68th episode of the made-for-TV Felix cartoons, distributed by Trans-Lux and directed by Joe Oriolo.