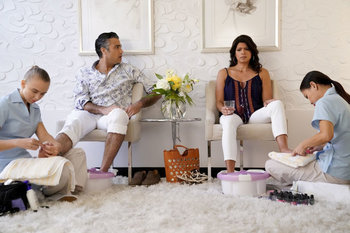 Jane the...Bud-nipper
"You asked me if I'll be able to let go and I said yes. And I will, but it's going to be hard because it means letting go of something pretty big. The possibility of us, which has been there, for me, in the back of my mind, for a long time. And I just don't think I can let that go living here with you."
— Rafael

Mateo starts kindergarten as Jane and Rafael reevaluate their relationship. Xiomara and Rogelio attempt to talk through their issues. Petra hires a lawyer, Jane Ramos, to defend her through the investigation of Anezka's death.