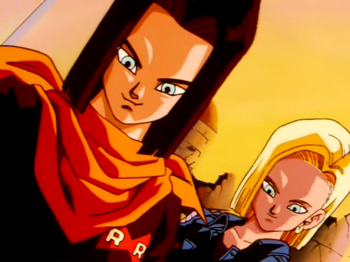 If you see these guys, It's too late for you.

Out of all of the Dragon Ball Z specials, this is the darkest part of an otherwise idealistic series, and it's not hard to explain why: