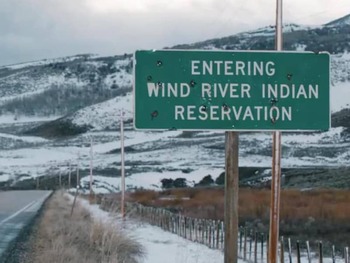 Indian reservations. A stock setting used with indigenous characters. All Indians either live on the rez or have family on the rez. By the way, the /e/ is short.

A subtrope of Injun Country. Not to be confused with a certain other "Rez".