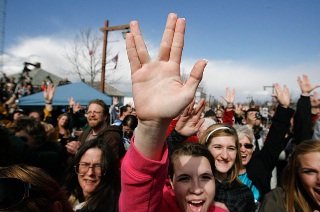 Any hand gesture that's become emblematic of the character, series, or situation in which it appears.