Literature / The Wizard, the Fairy, and the Magic Chicken 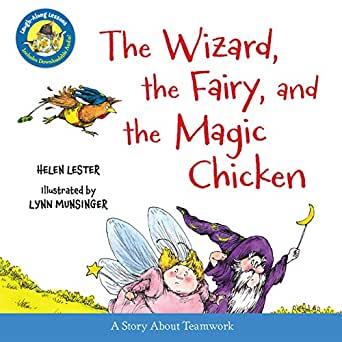 The Wizard, the Fairy, and the Magic Chicken is a children's book written by Helen Lester and illustrated by Lynn Munsinger.

A wizard, a fairy, and a magic chicken live in the same place, and spend a lot of time jealously trying to one-up the others' magic. When their efforts have unexpected consequences, will they learn to work together?