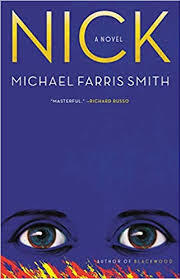 Nick is a 2021 American novel written by Michael Farris Smith. As its cover and title suggest, it serves as a Fan Prequel to F. Scott Fitzgerald’s most famous work The Great Gatsby.

The novel covers Nick Carroway’s military service during WWI, along with post-war events. Also featured is a brief romance in Paris, one doomed from the very start.