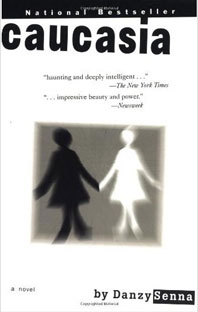 A novel written by Danzy Senna. The narrator, Birdie Lee, is a young half-black-half-white girl growing up in the 1970s. She speaks a made-up language with her sister Cole and is home schooled for much of her early life. A radical action on her mother's part leads to the two sisters becoming separated and trying to find their way back to each other. The book deals with the issues of race, passing, sisterhood and belonging.