Film / Welcome To The Blumhouse 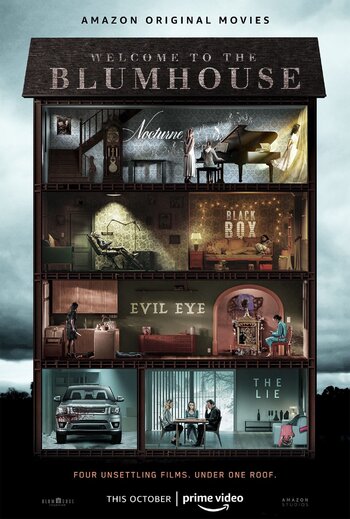 Promotional poster for the first four films in the series.
Advertisement:

Welcome to the Blumhouse is an Anthology Horror-Thriller film series that debuted on Prime Video in 2020.

Created as a joint co-production between Amazon Studios, and (as you may have guessed from the title) Blumhouse Productions, they began with four films released in 2020, followed by an additional four films slated for 2021. Each quad of films is based upon a specific theme, with the first set revolving around "family and love as redemptive or destructive forces", and the second quad on "institutional horrors and personal phobias."

Films in the series so far include:

Tropes in the series as a whole include: