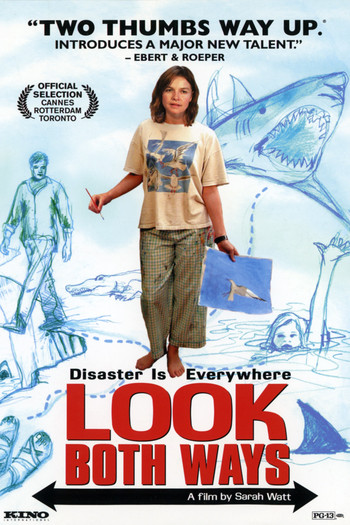 Meryl (Justine Clarke) has just had her father pass away. She's stuck in her job and life, unable to make any real progress. Nick (William McInnes) is diagnosed with testicular cancer, and it has already spread to his lung. Andy (Anthony Hayes) is recently divorced, and his new girlfriend Anna (Lisa Flanagan) announces that she's pregnant. There is also Julia (Daniella Farinacci), whose partner was killed in an accident, and the Train Driver (Andreas Sobik), who was the driver of the train that killed Julia's partner. Behind the story, a larger tragedy is also occurring, the Arnow Hill train accident, which killed many people and left many suffering.

The film has quite a serious undertone, dealing with issues like grief, tragedy, death, dissatisfaction, loneliness, uncertainty, danger... and exploring how the characters go through their problems and manage to escape from the darker side of life. Despite so, the director manages to keep the film quite light, rather than getting all bogged down into the philosophical or psychological. She keeps balance between the two sides of life, bright and dark, through focusing not only on the main characters but also on the side characters, justaposing the tragedy with the urban, common happiness, as well as through using techniques like animation, photomontage, body language to show the characters' emotional turmoil, rather than indulging in wangst dialogues and existential discussions. The film's setting is also chosen wisely, a sunlit typical Adelaide suburb, with typical people and typical Australian laid-back way of life. The film, therefore, has a very Australian feel to it, rather than trying to conform to Hollywood standard.

Be careful not to confuse this with the trope of the same name.