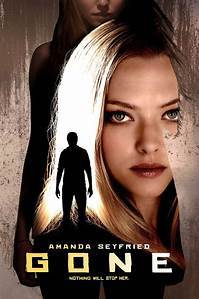 Jill Conway (Seyfried) is a young woman living in Portland with her sister Molly. A year ago Jill was apparently abducted by an unidentified man who kept her in a hole in the woods. Due to her history of mental problems and total absence of evidence for her abductor the police suspect she may have fantasized the whole thing. When Jill comes home one morning to find her sister unaccountably missing she immediately assumes her abductor has struck again and kidnapped her sister... but the police and her friends question her judgement.

No relation to the book series of the same name.