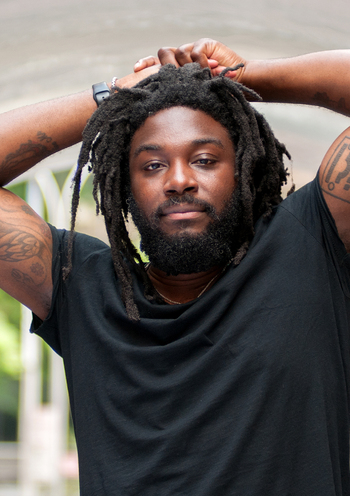 Jason Reynolds (born December 6, 1983) is an American author and poet. Reynolds is most known for his Middle Grade and Young Adult novels about African-American youth, most notably All American Boys written with Brendan Kiely. He is also the author of the middle grade 2017 novel Miles Morales: Spider-Man, in which he became the first Black writer to write for the character of Miles Morales.