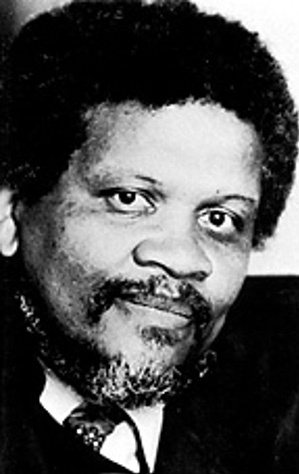 "During the last decades, films about the black experience have been produced, directed, and even scripted by white men. Some of them are excellent. But most reflect George Bernard Shaw’s warning that 'if you do not tell your stories others will tell them for you and they will vulgarize and degrade you."
Advertisement:

Ishmael Reed is an American author, poet, essayist, biographer, journalist, and cultural critic. Both his fiction and non-fiction works are a project of multiculturalism, meant to demonstrate that Black culture is diverse and varied, lampoon the supposed superiority and dominance of white European culture, and criticize the hypocrisy of American society. Reed's "neohoodoo" writing style reflects this, combining a mish-mash of narrative elements and aesthetics into something that is both distinctly African-American and distinctly...something else entirely. His poetry and prose is often surrealist and mind-screwy as a result, but always with a satirical undercurrent.

As a social activist, Reed promotes the literary and artistic efforts of those who come from cultures that are traditionally marginalized in America through his Before Columbus Foundation.

Despite his huge body of work, Ishmael Reed is one of the more obscure American writers, partially due to the niche appeal of his writing style, and partially because the unapologetically pro-black and anti-Western themes of his works narrow his audience quite a bit.

His most famous works include: