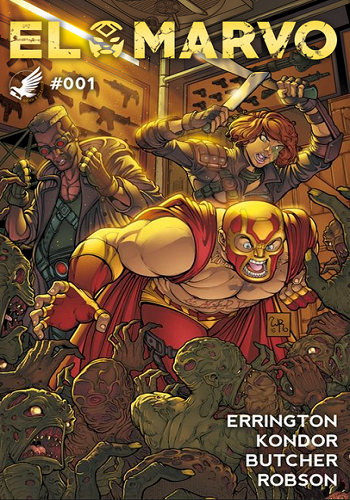 In the distant future, Nuclear War and diseases have ravaged the planet once known as Earth. These days, all that's left is a nuclear cesspool the locals have taken to calling "Muck". Muck is ruled over by a tyrannical dictator known as Sokrates. While the locals worship him, he's content to squander their resources on buying mutants and weapons to add to his army.

And then El Marvo wakes up.

He has no memory of why he was put there, but soon he realizes what he needs to do. So, gaining some teenage sidekicks, El Marvo becomes the hero the people of Muck need to save them from Sokrates' reign.

The comic was funded