After Rivals, Ghost Games took charge of development of the franchise.

Once again, Ghost Games takes it roots from all of the past and present Need for Speed games, taking every revolutionary aspects and features from previous games and applying it to their current games. Though despite improving from each installment over the years, Ghost Games has been relegated to an engineering support studio and renamed as EA Gothenburg, while Criterion Games takes over in future Need for Speed titles.

Even as Ghost Games were the main developers, almost all of the characters (including those in Rivals) are either unlikeable and cringeworthy or too generic to stand out, with the exception of Heat, which featured some characters worth remembering.

(NOTE: This article is a Work in Progress and needs expanding. Please feel free to edit, revise and add more content and tropes to this page.) 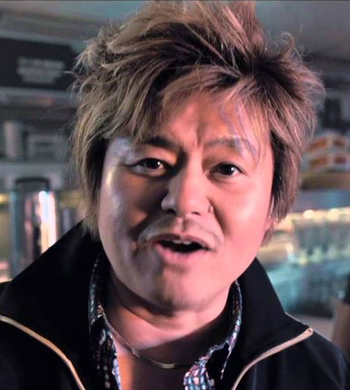 A Real Life Lamborghini tuner from Kabukicho, Tokyo who also is a member of the notorious Yakuza.

Morihoshi-san in-game represents as an icon for Outlaw, which focuses on criminal activities such as property damage, reckless driving and police pursuits. 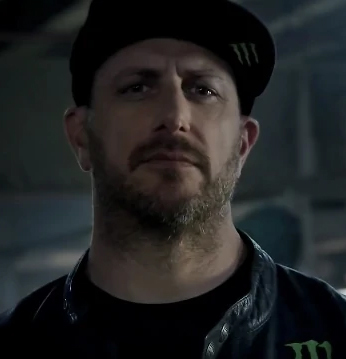 Click here to see Ken Block from Need for Speed: No Limits. 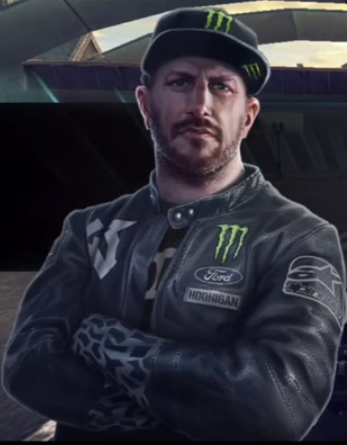 "...I got my team some cars in town. Would rather have a little fun than eat tacos."

A Real Life (former) professional rally driver who competed in several events such as the World Rally Championship, Global RallyCross Championship and Rally America.
Block has been extremely notable for his gymkhana races.

Block in-game represents as an icon for Style, which focuses on skillful maneuvres such as drifting, air time and donuts. He also appeared alongside Vaughn Gittin, Jr. (who previously appeared in Shift 2: Unleashed) 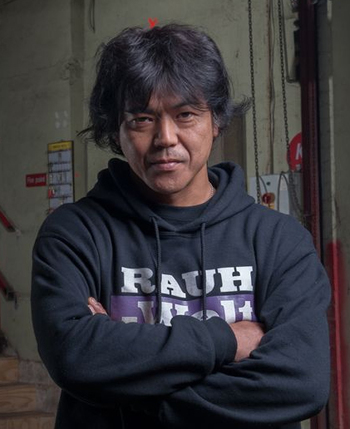 Nakai-san is a Real Life Japanese tuner and is the founder and owner of RAUH-Welt BEGRIFF (RWB), an aftermarket tune shop that specializes in wide body kits and engine swaps for air-cooled Porsche 911 models and formerly Toyota AE86 models.

Nakai-san in-game represents as an icon for Build, which focuses on the car's performance capabilities, such as 0-60 acceleration, reaching maximum speeds and performing a long nitrous burst. 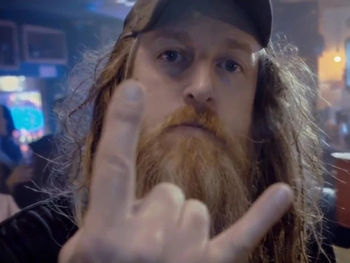 "Welcome to the rest of your life. Rock on."

Nicknamed the "Urban Outlaw", Walker is a Real Life classic Porsche aficionado and custom car collector from the United Kingdom who later lived in the The American Dream.

Walker in-game represents as an icon for Speed, which focuses on fast and smooth maneuvers, such as high speed, slipstreaming behind opponents and clean driving. 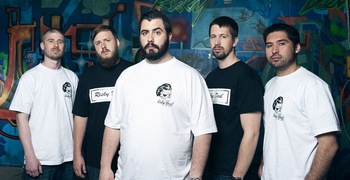 A Real Life street racing team from Chicago formed in 2007.

The entire team in-game represents as an icon for Crew, which focuses on teamwork-based maneuvers, such as drifting closely to another drifter in a form of a drift train and matching the speed to nearby opponents. 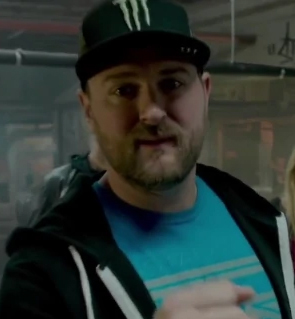 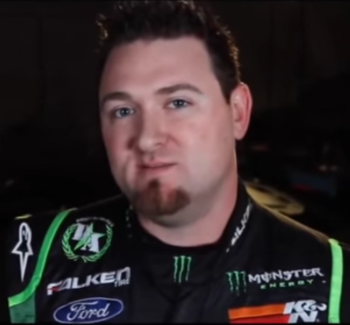 "I think you got some real talent. Let's see how far you can take it."

A Real Life (former) Formula D driver who won the title in 2010.
Gittin is also the owner of RTR (Ready to Rock), a sub-brand for performance and aero parts for Ford Mustang models.

He appeared in 2015 as a Celebrity Cameo, introduced to the player alongside Ken Block. However he made his main appearance in Shift 2: Unleashed as both an opponent and a guide to the player.

Has its own page here.

Has its own page here.