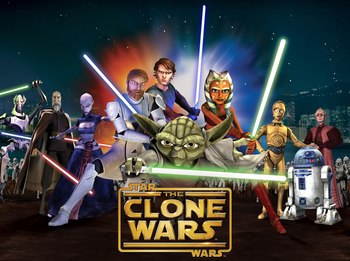 A general list of tropes for the first six seasons of Star Wars: The Clone Wars.

open/close all folders
#-A
B
C