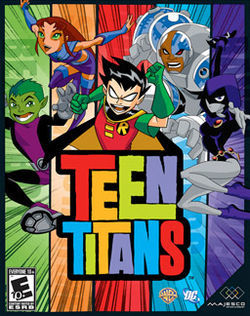 The game features the Teen Titans (Robin, Raven, Cyborg, Starfire, and Beast Boy) as playable characters in story mode. Players are able to switch between any of the five Titans in real time, each with unique fighting abilities, and the game allows up to four players simultaneously.