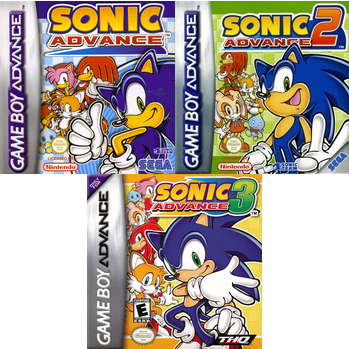 Sega's celebrity hedgehog makes his Nintendo debut in a hyperkinetic epic that looks like classic Sonic but has made the quantum leap to brand-new cool.
—Nintendo Power promo for the first game