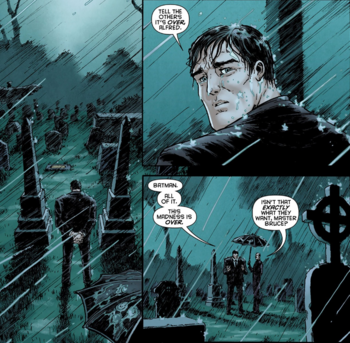 The stuff that Scott Snyder is doing, that John Layman is doing, everyone is starting to get bleak again. You cannot bring Batman into the light, is basically what I’ve learned.