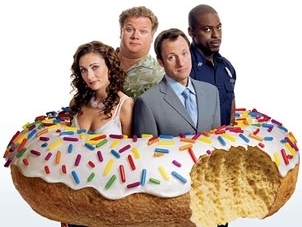 Starved is an FX Black Comedy sitcom created by Eric Schaeffer. It follows four friends, who all suffer from eating disorders. It ran on the same block as It's Always Sunny in Philadelphia.

The show only ran for one season, as critical reviews were largely negative.