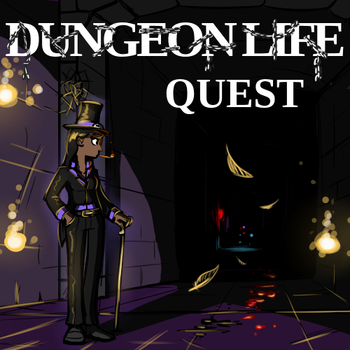 You would not expect as many underground birds as there were in here.
Dungeon Life Quest is a finished Quest Thread from 4chan's /tg/ board(and later /qst/ due to mods) by Vox. In this story the players took on the role of Brianna la Croix, banished to the Dungeon for saving a man's life with necromancy. After dying shortly upon entering the place, Brianna learns she has been picked out by an angel of the Death Choir to liberate the Dungeon and the angel from the people who have enslaved both.
Advertisement:

The full story is available to read on suptg.

Tropes appearing in this Archive Binge include: