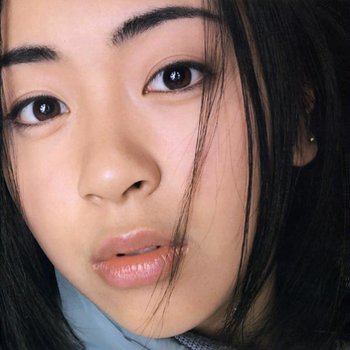 "You are always gonna be the one..."
Advertisement:

First Love is the debut Japanese studio album by Utada Hikaru, released in 1999. It is notable for the being the best-selling album of all time in Japan, with 8 million copies sold in the country and a total of 11 million sold worldwide. Utada wrote and recorded the album when they were only 15 years old, and was 16 when it was released.

Though it is typically regarded as their debut album, this is actually the second album they recorded. The year before, they released the album Precious, recorded when she was 13, under the Stage Name "Cubic U", with the intention of debuting as a Western artist. This album was entirely in English and was not a commercial success. Following this, their record label asked them to write and record in Japanese for this album, though Utada also incorporates English lyrics into the songs. The album is primarily R&B and pop music, with some dance and funk influences, and is credited for introducing R&B music to a wider audience in Japan.

/ "Time Will Tell" became an overnight success, selling over 2 million copies and making Utada Hikaru a household name while they were still in high school. Follow-up singles "Movin' on Without You"

" were also major successes with the former topping the Japanese singles chart. The album itself sold 2.1 million copies in its first week and by the end of the year was the top-selling album of all time in Japan, a record it still holds today.

Not to be confused with the trope of the same name, though unsurprisingly, many songs on the album deal with love and relationships, presumably Utada's first.