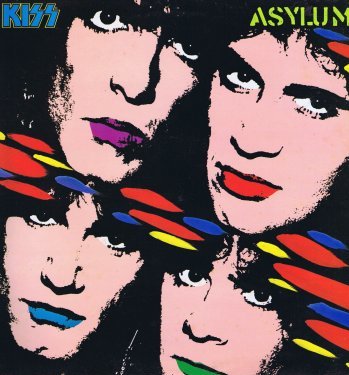 Asylum is the 13th studio album from the American hard rock band KISS, released in 1985. It is the album that introduced Bruce Kulick as the official lead guitarist for the band, a role that he would remain in until 1997 when the original band members reunite.

Oh no, tropes are falling.