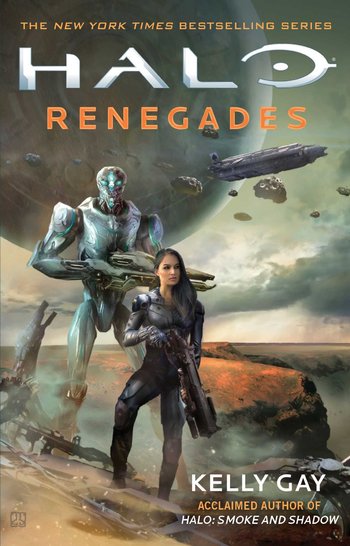 Halo: Renegades is a 2019 novel by Kelly Gay set in the Halo series, and is preceded by Halo: Smoke and Shadow.

Find. Claim. Profit. In a post-Covenant War galaxy littered with scrap, it's the salvager's motto—and Rion Forge certainly made her mark on the trade. All she wanted was to grow her business and continue the search for her long-lost father, but her recent discovery of a Forerunner debris field at the edge of human-occupied space has now put her squarely in the crosshairs of the Office of Naval Intelligence and the violent remains of the Covenant. Each faction has a desire to lay claim to the spoils of ancient technology, whatever the cost, sending Rion and the crew of the Ace of Spades on a perilous venture—one that unexpectedly leads them straight into danger far greater than anything they’ve ever encountered...