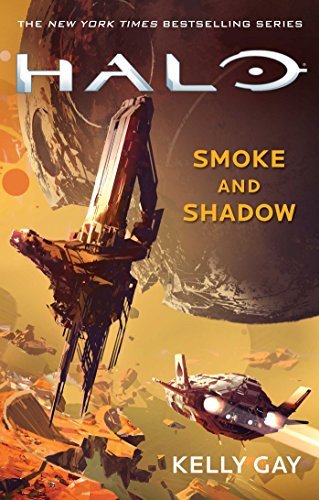 Halo: Smoke and Shadow is a 2016 novella by Kelly Gay set in the Halo series.

Find. Claim. Profit. In a post-war galaxy littered with scrap, it's the salvager's motto. And with a fast ship and a lust for adventure, Rion Forge has certainly made her mark on the trade. When the discovery of a wrecked UNSC cruiser brings Rion's past back to haunt her, stirring fresh hope into a decades-old wound, she's hell-bent on finding answers: What really happened to her father and his ship, the Spirit of Fire? This digital-first enovella also contains the complete text of Kelly Gay's short story "Into the Fire", originally featured in the collection "Halo: Fractures".