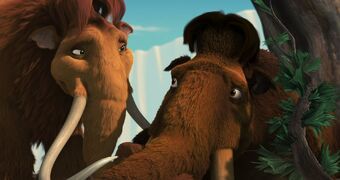 "You're possum enough for me."
All spoilers will be unmarked.
Advertisement: