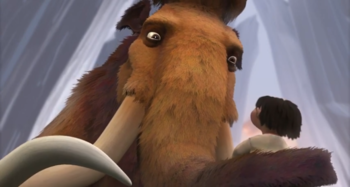 "We won't forget about you"
Ice Age
Advertisement: