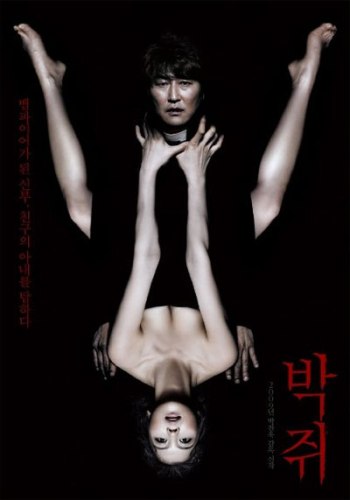 "Let no one pray for me."
Advertisement:

Thirst is a 2009 horror/drama film directed by Park Chan Wook, best known for Joint Security Area and his Vengeance Trilogy. The film is a very loose adaptation of the French novel Thérèse Raquin by Emile Zola.

The film follows Sang-hyun, a Korean Catholic priest who contracts vampirism during a medical experiment. Still motivated by his strict religious upbringing, Sang-hyun commits himself to feeding through non-harmful means. Soon, however, he bows to his increasingly powerful urges and becomes infatuated with Tae-ju, the Cinderella-like wife of a childhood acquaintance. Sang-hyun soon begins making moral concessions to get closer to Tae-ju, who turns out to be much more dangerous than he could have imagined.