Film / The Way Back 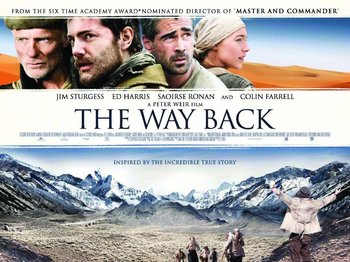 In 1941, seven escapees from a Soviet gulag try to make their way to freedom from Siberia to Mongolia. Along the way, they pick up an orphan runaway, but as soon as they reach Mongolia, they realize that it is Communist as well: they are not safer there than in Russia, and they have to keep going south. This involves crossing the Gobi desert, a part of China and Tibet (which were separate at that time), go through the Himalayas, to make it to safety in India.