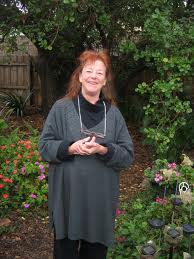 Kerry Isabelle Greenwood (born 17 June 1954) is an Australian solicitor and author who writes novels in many genres, but who is best known for her mystery series. She has won many awards for her novels. Her works include the Delphic Women series, the Stormbringer trilogy, and a number of crime novels.

Two of her series, the Corinna Chapman and Phryne Fisher series, have their own pages. The Phryne Fisher novels were adapted for television as Miss Fisher's Murder Mysteries, with Greenwood's enthusiastic approval (and involvement).