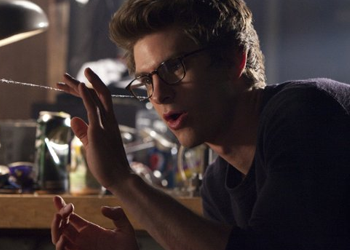 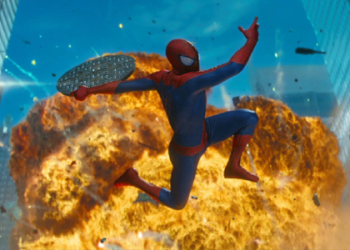 A soft-spoken and awkward nerd from Queens, Peter has been lovingly raised by his aunt May and uncle Ben ever since his parents disappeared when he was a little kid. The resurfacing of some of Richard Parker's mysterious research prompts Peter to look for his father's former colleague Dr. Curtis Connors at Oscorp, where an encounter with a genetically altered spider changes his life forever. 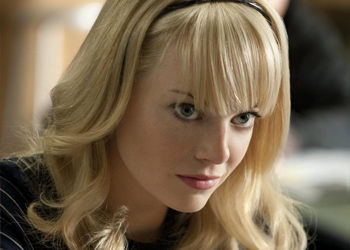 Smart, charismatic and confident, Gwen is the chief intern at Oscorp, working in the same department as her mentor Dr. Connors, and takes her job very seriously. She becomes Peter's first and only real friend at school, and they awkwardly and clumsily grow closer to each other. Her life takes a complicated turn as she watches both Peter and Dr. Connors undergo radical transformations and finds herself becoming Peter's Secret Keeper. 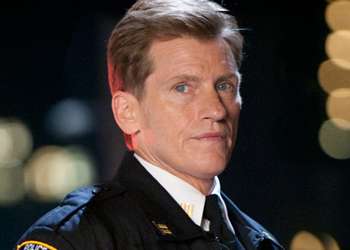 Doctor Curtis Connors / The Lizard
For tropes applying to his appearance in the Marvel Cinematic Universe, see MCU: Other Supervillains 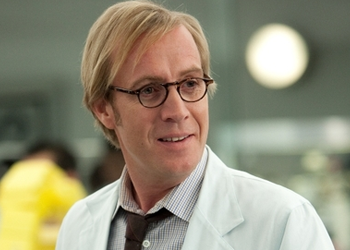 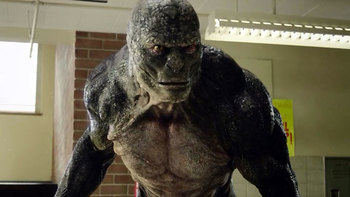 One of Oscorp's leading scientific minds and Gwen's mentor. He used to work alongside Peter's father, Richard Parker, and they were engineering a revolutionary serum to re-grow limbs and human tissue, which would change the lives of millions — including that of Connors himself, who lost his right arm. Richard, however, disappeared and was found dead taking a good part of the research with him, rendering Connors unable to finish the project by himself — until Peter entered the scene.

Maxwell "Max" Dillon / Electro
For tropes applying to his appearance in the Marvel Cinematic Universe, see MCU: Other Supervillains 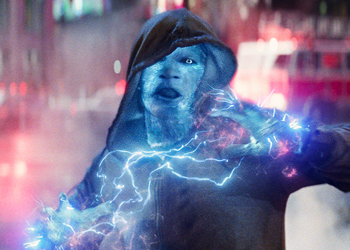 Played by: Jamie Foxx
Voiced by: Michael A. Shepperd (second console game), Liam O'Brien (second iOS game), Salvador Delgado (Latin-American Spanish dub)
Appears In: The Amazing Spider-Man 2 | Spider-Man: No Way Home
"But you better make damn sure you kill me this time. Cause if you don't, I'm gonna kill the light so that everyone in this city is gonna know how it feels to live in my world... A world without power... a world without mercy... a world without Spider-Man! Then everyone will be able to see me for who I truly am... Don't you know? I'm Electro!"

An Oscorp electrical engineer who felt ignored by the world and developed an unhealthy obsession with Spider-Man. After suffering an accident involving an electric wire and a tank of mutated electric eels, Dillon's skin turned blue and he gained the power to control electricity. 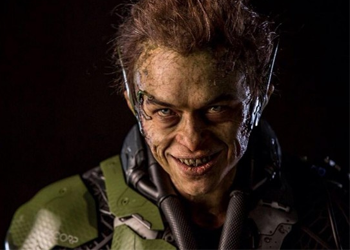 The 20-year-old son of Norman Osborn, introduced in the second film. Is dying of a genetic condition that runs in the family. 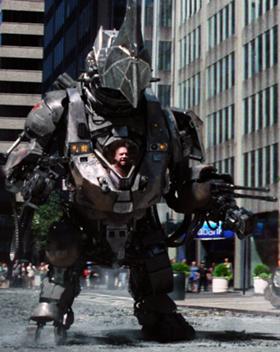 A Russian crook that leads New York's Mafiya. Though he gets arrested by Spider-Man at the beginning of the sequel and subsequently incarcerated, he is eventually freed by Gustav Fiers and given a Rhino-shaped mech suit to squash the Spider with. 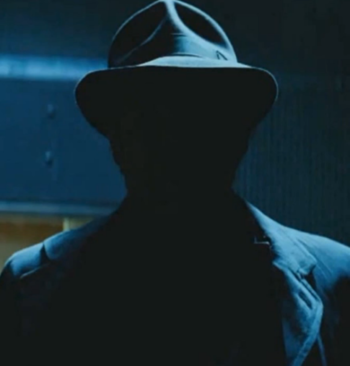 Appears in The Stinger of the first film, asking an imprisoned Dr. Connors if he told Peter the truth about his father. He can be seen wandering through Oscorp's secret tech in the sequel.

A run-of-the-mill robber and carjacker. He kills Uncle Ben.

Played by: Marton Csokas
Appears In: The Amazing Spider-Man 2

A doctor working at Ravencroft Institute that 'examines' Max Dillon after his arrest.

The head of Oscorp. Is said to be dying. 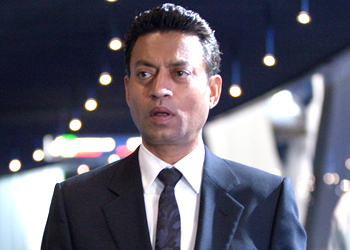 Norman Osborn's representative. Because Osborn is dying, Ratha pressures Connors into beginning human trials for his limb-regenerating formula. When Connors refuses, Ratha fires him and takes the formula to test at the veterans' hospital. 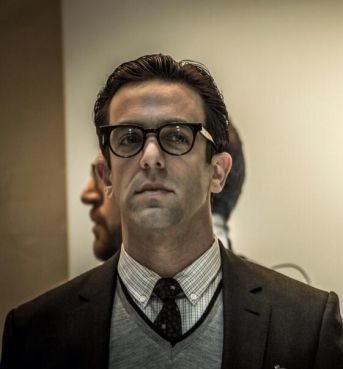 A man working for Oscorp. Although he was created after his video game counterpart, he is not based on that interpretation of the character.

An assistant to Norman Osborn at Oscorp. 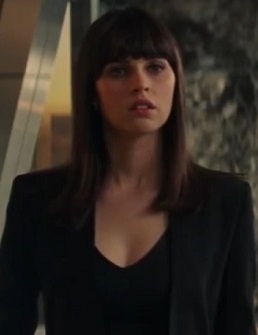 Harry Osborn's personal assistant and secretary who has romantic feelings for him. She tells him of the off the books project that leads to him working with Max Dillon and becoming the Green Goblin.

Ben and May Parker

Ben and May Parker 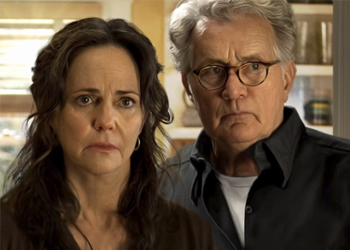 Peter's uncle and aunt, who look after him when his mother and father disappear. 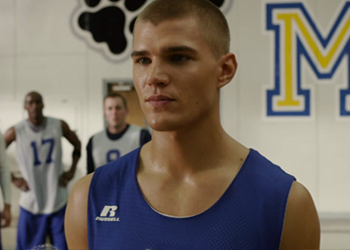 Played by: Chris Zylka
Appears In: The Amazing Spider-Man

Resident Jerk Jock and Big Man on Campus. Though he predictably targets Peter, he grows to idolize Spider-Man. He is revealed to have a Hidden Heart of Gold after Peter's uncle dies.

Played by: Kelsey Chow
Appears In: The Amazing Spider-Man
Richard and Mary Parker

Richard and May Parker 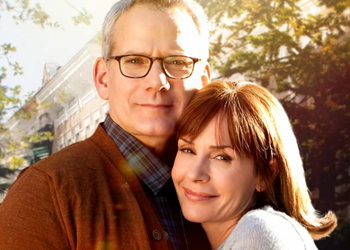 Peter's father and mother. After their home is broken into by unknown people, they leave their young son with his aunt and uncle in order to keep him safe from danger (Richard also leaving his research in a satchel) and disappear. They both died in a plane crash. It turns out an assassin was on board and tried to kill them, and the plane crashed because of the struggle. 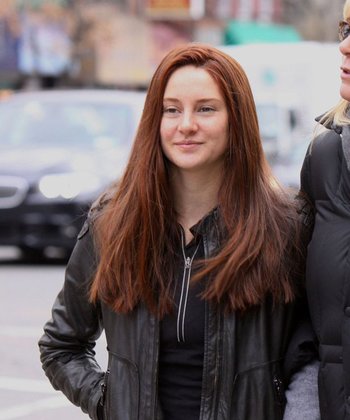 A friend of Peter Parker's who works as a waitress and owns a motorcycle. Was intended to appear in The Amazing Spider-Man 2, but all scenes featuring her were cut. She was going to be introduced in the cancelled third installment.

Characters that appear in The Daily Bugle's Alternate Reality Tumblr. Can be considered as Loose Canon.

The head honcho of The Daily Bugle, and the only character to be mentioned in the movie series thus far. He is not a fan of Spider-Man, to say the least.

A reporter for The Daily Bugle who has written articles on the apprehension of criminals like serial killer Cletus Kasady, along with The Enforcers. Though he does not appear in The Amazing Spider-Man 2 itself, his articles are included as viral marketing for the sequel.

A mysterious criminal mastermind rapidly gaining power in the New York underworld, which he intends to unite, and turn into an unstoppable empire under his command. Beneath the mask is Daily Bugle reporter Frederick Foswell.

"Well, if you want to catch the right fly, you have to spin the right web."

The head of the engineering division at Oscorp, he was fired for unknown reasons, and replaced by his own son, Alistair.

A world-renowned nuclear physicist that commutes with Oscorp, but is not officially affiliated with the company. He apparently has yet to use his mechanical arms, or at the least keeps them at Oscorp when he isn't working there.

An electronics engineer that works for Oscorp that designs electromagnetic tools. After the military fails to secure a contract that would make him a millionaire for his work, he modifies the antigravity harness he was working on to more closely resemble a certain bird of prey.

A serial killer that was sent to Ravencroft Institute after turning himself in. Though he does not appear in The Amazing Spider-Man 2 itself, an article about him is included as viral marketing for the sequel. It is speculated that he will most likely transform into Carnage and escape from Ravencroft. 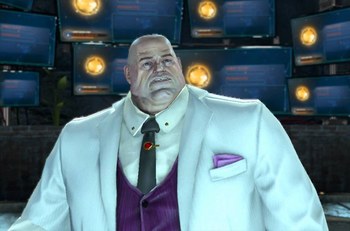 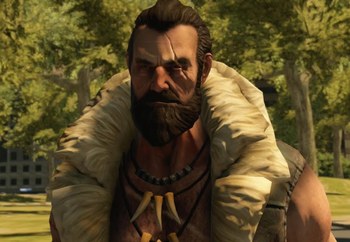 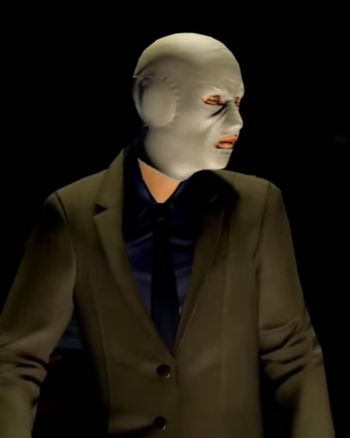