Characters / Pokémon: The Series
aka: Pokemon The Series Ash And Pikachu 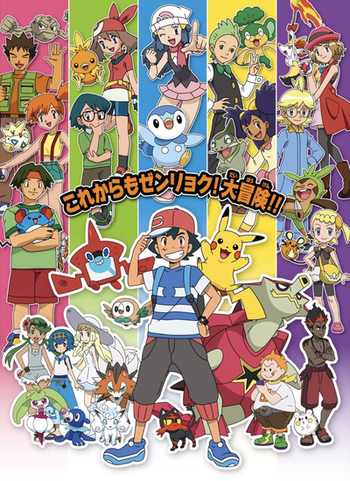 Ash, Pikachu, and all their traveling companions.

Characters page for Pokémon: The Series. As with the video games, this one's been on the air for quite a while, and has garnered enough examples to require splitting into subpages:

Movies (All regions and locations)