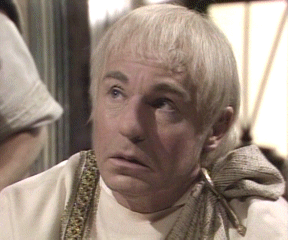 Played by Derek Jacobi.
The protagonist of the series, as well as the narrator. His life is essentially one tragedy after another.
Livia 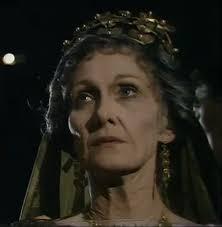 Played by Siân Phillips.
Augustus's scheming wife, who is willing to do anything to ensure that her son gets the throne.
Advertisement:
Augustus 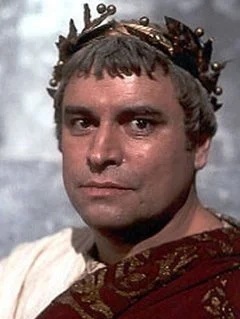 Played by BRIAN BLESSED.
The Emperor of Rome at the start of the series, a good-natured man who ends up getting manipulated by his wife Livia.
Antonia 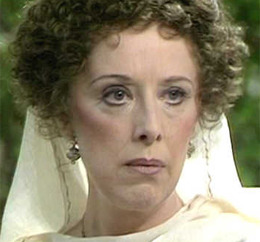 Played by Margaret Tyzack.
Claudius's mother, and one of the few "moral" people in Rome. Though how sane she is is rather questionable.
Livilla 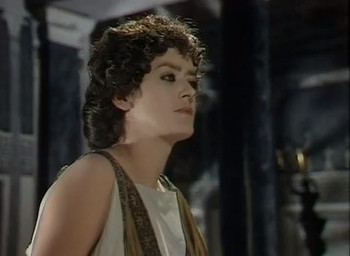 Played by Patricia Quinn.
Claudius's sister, who treats him with nothing but contempt. Becomes romantically involved, to the point of obsession, with Sejanus.
Germanicus 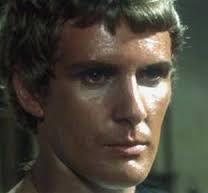 Played by David Robb.
Claudius's brother, and one of the few people to treat him with any compassion at all. He is eventually murdered by his son.
Caligula 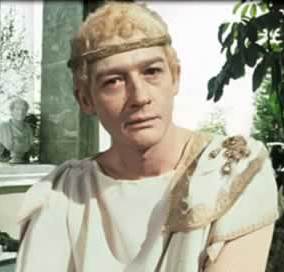 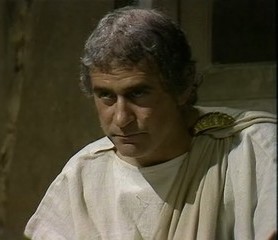 Played by Ian Ogilvy
Tiberius's younger brother and Claudius's father. A high ranking soldier in the army and one of the more moral characters in the series.
Agrippina the Younger

Played by Barbara Young.
Claudius' niece and final wife. She is also the mother of Nero and the younger sister of Caligula.
Nero 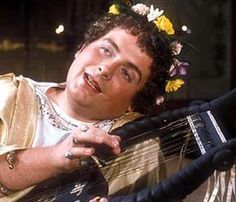 Played by Christopher Biggins.
Claudius' stepson, Agrippina the Younger's son and the last Emperor of the Julio-Claudian dynasty.
Agrippa

Played by John Paul.
Augustus's long-standing friend and right hand. His popularity amongst the people has earned him a valued place in Augustus's court.
Advertisement:
Julia

Played by: Frances White
Augustus's daughter. Though he loves her he often ends up using her as a political tool, first to marry Agrippa and then Tiberius. Julia's unhappy marriages and constant manipulations ignite a rebellious streak.
Marcellus

Played by: Christopher Guard
Augustus's nephew and son-in-law and the one originally groomed to be his successor. He thinks little of Agrippa and his accomplishments.
Herod

Played by: James Faulkner
Claudius's friend from childhood. Herod is a common presence in Claudius's life, being his closest confidant. Herod is Jewish and ruled Judea as its king.
Musa

Played by: Renu Setna
A famed botanist and doctor within the royal court.
Sejanus

Played by Patrick Stewart.
Tiberius' right-hand-man and the real power behind the throne.
Messalina

Played by Sheila White.
Claudius's wife as part of a practical joke by Caligula.
Pallas & Narcissus

Played by Bernard Hepton and John Cater
Claudius' freedmen and senior advisors during his reign as Emperor.
Macro

Played by John Rhys-Davies.
The cunning and very ambitious second in command of Sejanus.
Cassius

Played by Sam Dastor.
Caligula's captain of the guards and Macro's replacement.
Piso

Played by Stratford Johns
Tiberius's friend and governor of Syria, and Germanicus's rival. He and his wife Plancina are accused of poisoning Germanicus early in Tiberius's reign, forcing Tiberius to try him for murder and treason.
Scylla

Played by: Charlotte Howard
A famed prostitute who's challenged by Messalina to a sex competition.
Castor

Played by: Kevin R. McNally
Tiberius' only son and the husband of Livilla.
Agrippina the Elder

Played by: Fiona Walker
Daughter of Agrippa and Julia, wife of Germanicus, and mother of Caligula and Agrippina the Younger.
Thrasyllus