A list of characters from the Clock Tower series of games.

Jennifer in Clock Tower/Clock Tower 2
Voiced by: Rumiko Varnes (Clock Tower), Chinami Nishimura (Clock Tower 2 Drama CD)
The heroine of the first and second games, she has to find a way out of the Barrows' mansion without getting murdered by the Scissorman.

Lotte's guidebook artwork
Jennifer's best friend. A red-haired tomboy with a strong will.

Laura's guidebook artwork
One of Jennifer's friends, she accompanies Jennifer, Lotte, and Anne to the Barrows mansion.

Anne's guidebook artwork
Another of Jennifer's friends, who accompanies Jennifer, Lotte, and Laura to the Barrows mansion.

Mary's guidebook artwork
The owner of the house and main antagonist of the game. She's the mother of Bobby and Dan, and adopted the four girls as well. 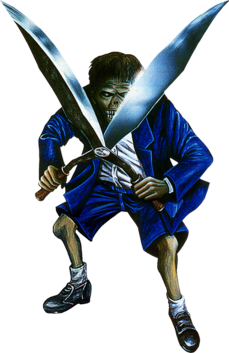 Mary's creepy, deformed child, he stalks Jennifer around the mansion, trying to murder her with a pair of oversized scissors. 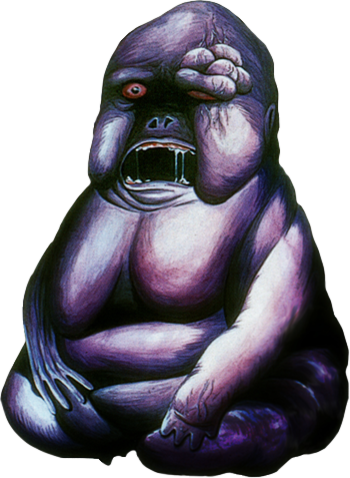 Click here for his appearence in the second game   \\ 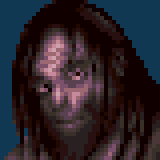 Simon's real appearence
Mary's husband, and presumably the father of Bobby and Dan. 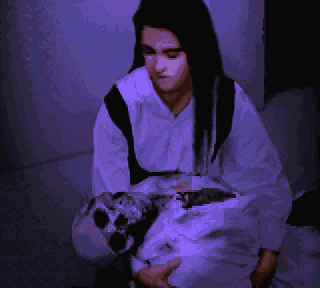 Voiced by: Jojo Otani
An assistant psychology professor to Professor Barton, and someone the professor trusts to handle important errands.

Voiced by: Sayoko Kamei
One of Professor Barton's research assistants and a close friend to Helen. She admires the close sisterly relationship between Helen and Jennifer.

She took over the Granite Orphanage after Mary died. She also acts as Edward's guardian and escort when the group travels to England.
Clock Tower II: The Struggle Within / Clock Tower: Ghost Head

Voiced by: Rebecca Wink (English), Kae Araki (Japanese)
The heroine of the game. She was recently released from a mental hospital after being the vessel of her alter ego that ended up murdering her classmates in cold blood. To prevent this, an amulet was formed to keep her alter ego at bay indefinitely, unless it is removed. 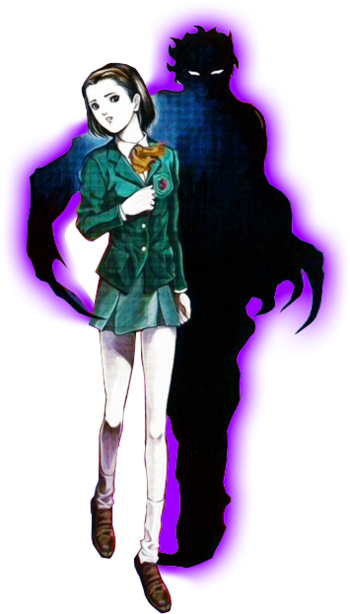 Alyssa & Bates
Voiced by: Roger L. Jackson (English), Fujiko Takimoto (Japanese - Game), Houko Kuwashima (Japanese - Drama CD)
Alyssa's evil alter ego. He can awaken within Alyssa to take over her mind and body, and takes great pleasure in causing harm to others, with the exception of Alyssa herself (possibly because she IS his means to interact).

Voiced by: Greg Weber (English), Issei Futamata (Japanese - Game), Naoki Kinoshita (Japanese - Drama CD)
The police detective of the game who is seen questioning Alyssa after the events of the first chapter. He conducts his own investigation after zombies begin appearing and is willing to cooperate with Alyssa to figure out what is going on and to put an end to it.

Voiced by: David Nowlin (English), Akio Ōtsuka (Japanese - Game), Yoshiyuki Kono (Japanese - Drama CD)
One of the people Alyssa meets at the second scenario of the game. He is a newspaper reporter who came to investigate the strange occurrences at the hospital.

Voiced by:Terry McGovern (English), Tamio Ōki (Japanese - Game), Ginzō Matsuo (Japanese - Drama CD)
He was once an outstanding scientist working at the Memorial Pharmaceuticals Research Lab, until Maxwell showed up and removed him from his high position. Since this is Alyssa's story, a lot of the things he does are offscreen.

When her mother died, her father apparently didn't want to take care of her, so she was left in the care of her relatives. She's extremely envious of Alyssa, enough to want her dead.

Voiced by: Doug Boyd (English), Kōji Yada (Japanese - Game), Shinobu Satouchi (Japanese - Drama CD)
Alyssa's 'uncle', a family man and close friend of Allen. Like Allen, he was once a brilliant scientist working at the research lab, before Maxwell showed up and took his position. At the beginning of the game, he is seen contemplating the Maxwell curse with his wife, before Alyssa arrives in their home.

Voiced by: Lee Kitts (English), Tomiko Suzuki (Japanese - Game), Chiaki Maeda (Japanese - Drama CD)
The youngest daughter of the Tate family. She just happens to be possessed and going around murdering her family by the time Alyssa arrives. She's also your first stalker in this game.

A suit of samurai armor that comes to life when you inspect it, and the second stalker of the game.

The second child of the Tate's family. And the first victim of the Cerebral Toxin.

Voiced by: Terry McGovern (English), Akio Ohtsuka (Japanese - Game), Tomotsu Nishiwaki (Japanese - Drama CD)
The main villain of the game, who chases you around in the lab.

The chief nurse who works at the memorial hospital.
Clock Tower 3
See here.