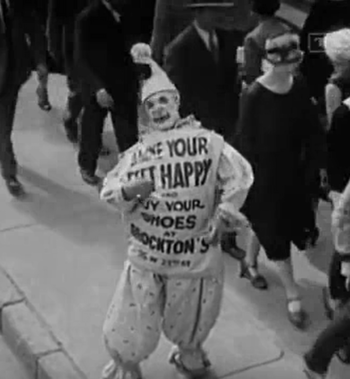 Careful, John, I won't mock that guy if I were you.

Wife and I are happy
And everything is swell;
It's heavenly inside our flat
But outside it is El!