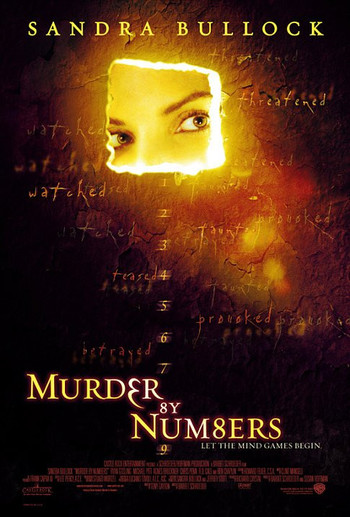 "One cannot live fully without embracing suicide and crime."
Advertisement:

Detective Cassie Mayweather (Bullock) suspects more at work than an unplanned act of violence when a young woman is found strangled to death in a ditch. Her gut instincts get her in trouble with her supervisors, but they lead her correctly to privileged, smug high school student Richard Haywood (Gosling)... and from there to brooding Straw Nihilist Justin Pendleton (Pitt). The connection between the two boys is more than imagined, and as their mind games played with the police and with each other grow still more complicated, Cassie attempts to find some way to put an end to their plans.

No relation to the 2020 visual novel with the same title.