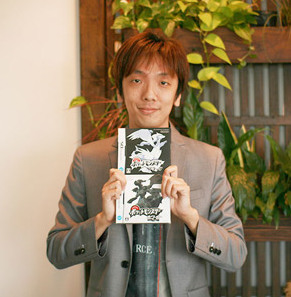 Shota Kageyama is a Japanese video game composer, active since 2007. He began his career at Yasunori Mitsuda’s Procyon Studio, where he helped compose the music of Luminous Arc. He left the studio in late 2007, and went on to join Game Freak, where he composed music in multiple Pokémon titles, and also arranged several pieces from Red and Blue for the OVA series Pokémon Origins.

On December 31, 2013, Kageyama left Game Freak to pursue an independent musical career, though left open the possibility of working with them again in the future. He went on to set up his own studio, Spica Musica.

He has also been a member of the Japanese band Lecetto (under the alias Shota) since 2009, as a composer, arranger and pianist.

Kageyama’s composition style is quite varied, but often tends to fall into epic orchestra, Lonely Piano Pieces and upbeat, catchy tunes, and he likes to use piano a lot in his works in general, fitting to his background as a pianist.

Singles and Albums (as part of Lecetto)