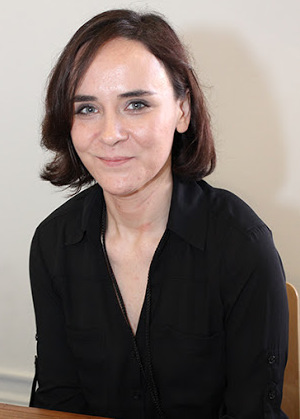 Hee-ho!
"Sarah Williams' page are meant to be finished. Like tropes! ...Or tropers."
Advertisement:

Ready everyone? It's time to paint this trope page red!

Sarah Anne Williams (born April 22, 1983) is a voice actress who had debuted as Ayumi Tokita of Squid Girl. She next took a role as Peacock in the video game Skullgirls. Then she got an upper stage as Sayaka Miki in the English version of Puella Magi Madoka Magica which could be her breakout role to date. She then took Neptunia's Uni which doubles as a shared role with Eri Kitamura.