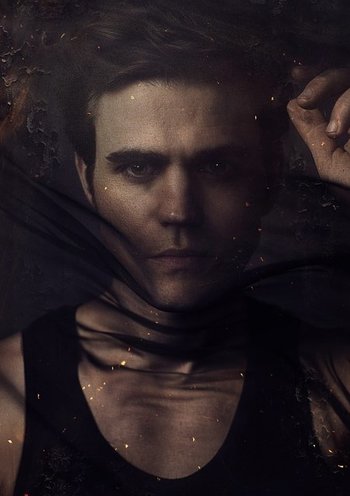 Silas (Ancient Greek: Σίλας), known as The World's First Immortal Being, was an extremely powerful warlock and a former member of The Travellers who became one of the world's two first, oldest and most powerful immortal beings along with his true love, Amara, The World's First Immortal Woman. Silas was born some time during 1st Century B.C. According to the legend of Silas, his best friend and then fiancee Qetsiyah — who was obsessively in love with him — was the one who created the spell that granted him immortality, hoping that he in turn would grant her the same gift. However, Silas had fallen in love with another woman who was his true love, and was going to give her immortality instead of Qetsiyah so they could be together for eternity. Deeply enraged, jealous and vengeful, Qetsiyah murdered Silas's true love and sealed Silas away with just one thing: the cure for his immortality. Silas had two choices: take the cure and die, or stay immortal and sealed away. So Silas stayed alive and rotted for two thousand years, becoming consumed and twisted with hate and vengeance. And if he ever gets out, it will spell The End of the World as We Know It. Silas was one of the only two characters to become truly immortal along with Amara, one of the two most powerful witches along with Qetsiyah, was the oldest character in the series universe alongside Qetsiyah and Amara, and overall, the most powerful character in the series' universe. Silas was a distant ancestor of the Salvatore Family, and the progenitor of the Salvatore Doppelgänger bloodline. 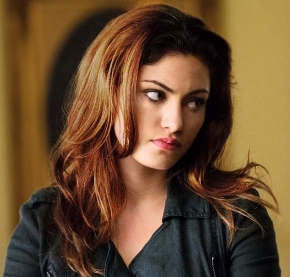 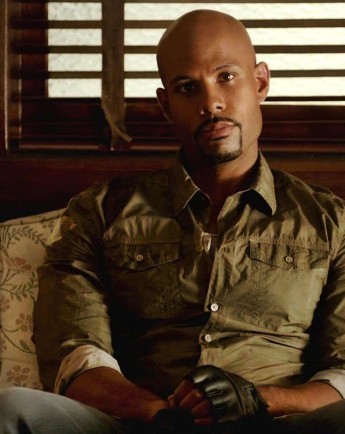 The new vampire hunter in town, show's up after the deaths of Pastor Young and the remaining members of the Founder's Council.

However, there is more to him than meets the eye, as it's later revealed he was sent to Mystic Falls by Professor Atticus Shane to kill vampires. Connor is revealed to be a member of s supernatural sect known as the Brotherhood of the Five. He is later killed by Elena. 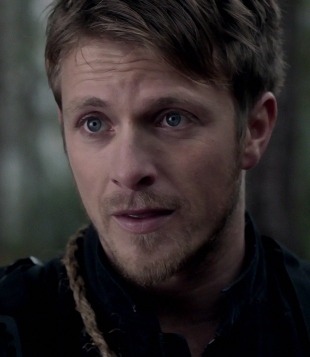 Portrayed by: Charlie Bewley
"In the crypt lies Silas. And with Silas lies the cure, which will allow me to kill Silas, bringing the mission of the Brotherhood of the Five to an end."

A vampire hunter as well as a member of the Brotherhood of the Five. Relentless, tactical, cunning though charming and handsome Galen is tough as nails. Unlike Connor Jordan, he has full knowledge of the Five's true supernatural purpose: to cure Silas, the progenitor of the Salvatore doppelganger bloodline and the world's first immortal being and kill him. 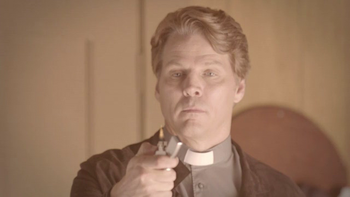 Portrayed By: Michael Reilly Burke
"Fear not. For I have been chosen to lead us in the movement. Hear me, loved ones: Soon you’ll be free to pass through the gates, and we’ll all be united for eternity."

The new leader of the Founder's Council in season four. He kills himself at the end of the premeire.] 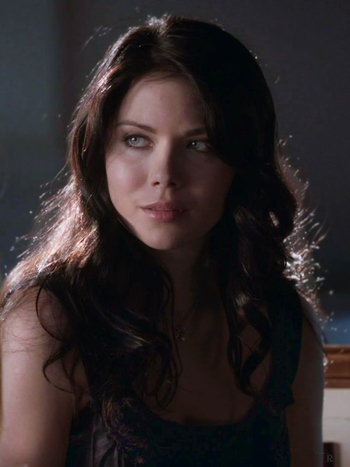 April Young is the daughter of a dangerous vampire hunter Pastor Young, who first appeared in Season Four of The Vampire Diaries. She spent her childhood in Mystic Falls, but after her mother's death, her father sent her to boarding school. Following her father's death in Growing Pains, April returned to Mystic Falls and re-enrolled at Mystic Falls High School. Upon her return, she was quickly thrown into the middle of a fight between a member of the Brotherhood of the Five and the town's vampires, leading her to eventually learn about the supernatural world.

However, since April has not been seen for several seasons, it can be assumed she moved on from Mystic Falls and from her father's death. Her status is currently unknown, but it is assumed that she is still alive. 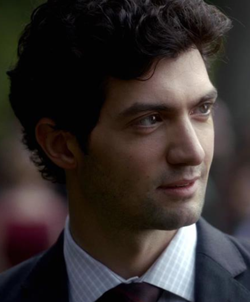 Atticus is a professor or teacher that teaches at the university in which Bonnie's grandmother taught at. He is aware of the existence of vampires, witches and werewolves and was the one who sent Connor the Mystic Falls in the first place. He has plans to help Bonnie with her guilt, although he has plans for her.