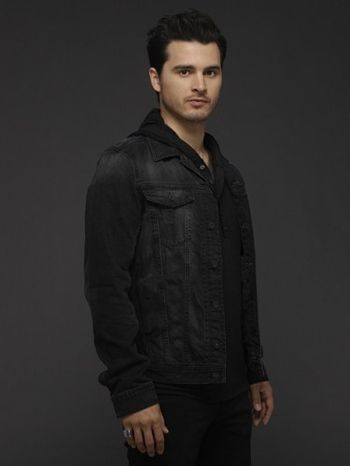 Lorenzo "Enzo" St. John is a main character, minor antagonist, and anti-hero in The Vampire Diaries. He was formerly a major recurring character in the fifth season of the series, before being promoted to main in the sixth season. He is a vampire who was previously Damon Salvatore's cellmate in the 1950's, after being captured by the Augustines. He was first mentioned by Dr. Wes Maxfield, being dubbed as the "Augustine Vampire". 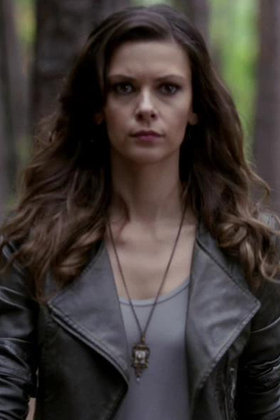 Nadia Petrova (Bulgarian: Надя Петрова) is Katherine Pierce's long lost daughter and is also a vampire. She was born in Bulgaria in the year 1490, which makes her 521 years old. Nadia was given away after Katherine gave birth to her. After 500 years, Nadia has sought out Katherine and has revealed to her that she is her long lost daughter of 500 years. Nadia is also a member of The Travellers. Although most of her life is unknown, she revealed that she had spent the last 500 years searching for her mother, is seemingly not very well accustomed to modern American culture, and knows about the story of Silas, Amara and Qetsiyah. She also knows a great deal about Katerina's life in the past centuries, even though she had supposedly never met her before recently. As a human, Katerina implied that she had been traumatized by the loss of her daughter, and that finding out whether she was alive or not had been of great importance to her. Now that Silas and Amara are dead, and that The Original Family is in New Orleans, Nadia is currently the strongest vampire in Mystic Falls. She's also one of the oldest vampires in the series' universe, being over 500 years old. Nadia is an ancestor and member of the Petrova Family. She dies via a werewolf bite from Tyler. 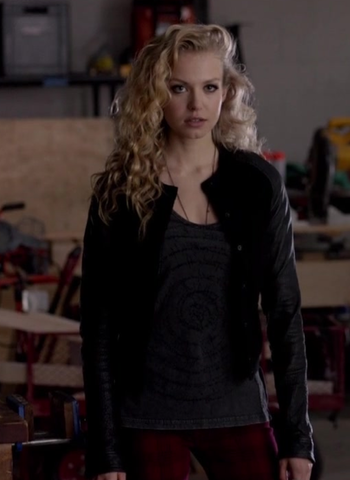 Olivia "Liv" Parker was a major recurring character in the fifth and sixth seasons of The Vampire Diaries. She was a witch of the Gemini Coven and the twin sister of Luke Parker. Liv was also the younger sister of Josette Parker, Malachai Parker, Joey Parker, and three deceased unnamed siblings. She was also the youngest daughter of Joshua Parker. 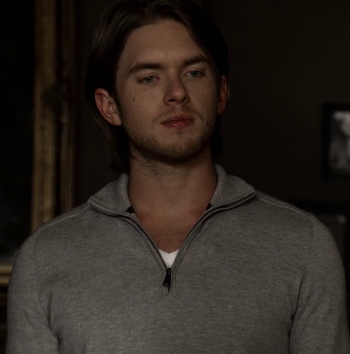 Lucas "Luke" Parker was a recurring character in the fifth and sixth seasons of The Vampire Diaries. He was a witch and a member of the Gemini Coven. Luke was the twin brother of Olivia Parker, the younger brother of twins Josette Parker and Malachai Parker, Joey Parker and three unnamed deceased siblings. He was also the youngest son of Joshua Parker. 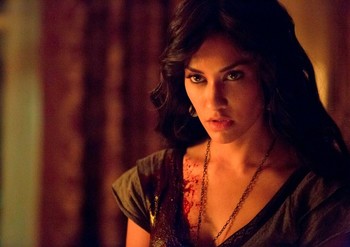 Portrayed By: Janina Gavankar
Have you not been listening to me? I have trust issues. I'm controlling and paranoid and a little crazy!... And that's working out just fine.

Qetsiyah (Ancient Greek: Kετσιυαη) was the oldest known ancestor of the Bennett bloodline, and the first witch who discovered the spell to grant a person immortality. Qetsiyah was born one time during 1st Century B.C. She was deeply and obsessively in love with her best friend Silas, who was a powerful warlock. She made him immortal in the hopes that he'd grant her the same gift. When Silas decided to give immortality to another woman who was his true love, she didn't take it too well at all. The actions that Qetsiyah took as a result are the driving force for season four's main plot. At least, that's the story according to Silas. As far as Qetsiyah is concerned, Silas seduced her and made her believe that their love was real and could last forever. She created the immortality elixir, so they could both drink it on their wedding night. She ended up jilted at the altar and discovered that not only had Silas lied to her all along, he'd shared the immortality elixir with someone else... Amara, her own handmaiden and the ultimate ancestor of the Petrova doppelganger line. After Bonnie lowered the veil, Qetsiyah left the other side and became mortal again, and is now determined to finish off what she and her Hunters started over two thousand years ago. Qetsiyah was the most powerful character in the series universe alongside Silas, surpassing all witches, werewolves, vampires and the Original Vampires, such as Klaus, Elijah, etc. She was the oldest female character in the series alongside Amara. Qetsiyah is the most powerful witch seen so far (again, alongside Silas) and arguably, the most important character in the series. Qetsiyah was a distant ancestor and the oldest known relative of the Bennett family bloodline. 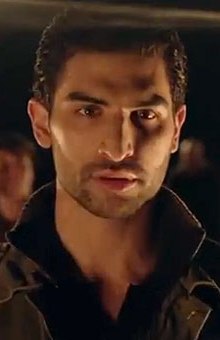 The leader of the Travelers who plots to undo a curse that was cast on them that prevents them from using traditional Spirit magic and settling down in one place. By undoing the curse, they undo every other magic cast by witches. He needs the mystical blood of the doppelgangers in order to do so. After his ressurection from the Other side, the supernatural purgatory begins to fall apart, putting the souls of all dead supernatural being in danger. Markos was born in the 5th century, making him the fourth oldest character in the TVD universe after Silas, Qetsiyah and Amara. 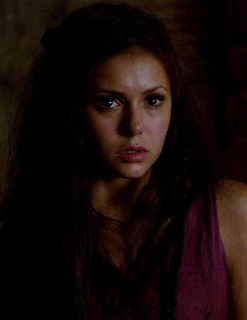 Amara (Ancient Greek: Ἀμάρα), was the world's first immortal woman. Amara was born some time during 1st Century B.C. She was the former handmaiden of Qetsiyah, and is the true love of Qetsiyah's fiancee, and the world's first immortal being, Silas. She was the progenitor of a line of doppelgängers that have come to be known as the Petrova doppelgängers. Her known doppelgängers are Tatia, Katerina and Elena. Amara desired immortality and wanted to live forever with Silas. So, she betrayed Qetsiyah and consumed the immortality elixir along with Silas. However, this became a curse when Qetisyah dessicated her, and forced her to be the Anchor to the Other Side. She was one of the three oldest characters in the series; along with Silas and Qetsiyah. Amara's also the oldest known member of what would become the Petrova family. Amara was a very distant ancestor of the Petrova Family, and the progenitor of the Petrova Doppelgänger bloodline. 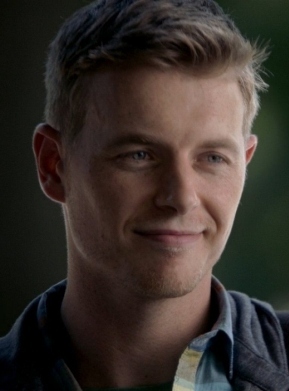 A professor at Whitmore College. Maxfield is a member of Augustine, the secret society at the college that experiments on vampires. He is obsessed with discovering a way to force vampires to feed on one another to eradicate them for good. 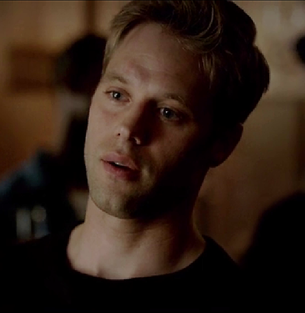 Elena's friend and college classmate who has a secret connection to Damon that neither knew about until later.