This page describes the characters in Hell Girl. 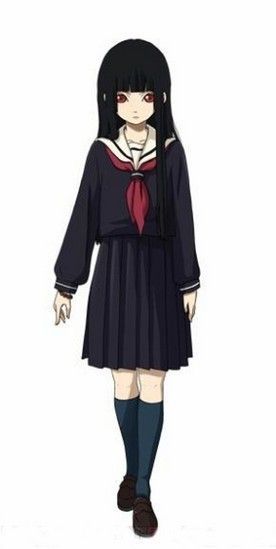 to see her in her sailor fuku
"O pitiful shadow lost in the darkness
Bringing torment and pain to others
O damned soul wallowing in your sins
Perhaps...it is time to die."
Voiced by: Mamiko Noto (Japanese), Brina Palencia (English)

The titular Hell Girl. It is her duty to offer a devil's deal of vengeance to any who access the Hell Correspondence. If the "customer" accepts, she ferries the target of that person's vengeance to Hell. As part of the deal she will also ferry the "customer" to Hell after he or she dies. 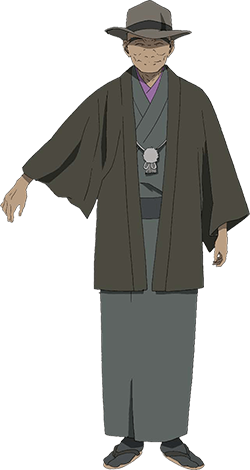 Ai's first assistant. He can appear as a fiery wheel or as an elderly gentleman wearing a fedora. He also serves as Ai's transport to banishment victims. 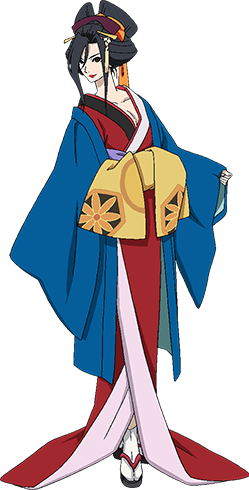 "Have you learned your lesson yet?"
Voiced by: Takako Honda (Japanese), Jennifer Seman (English)

One of Ai's assistants. Her appearance is that of an attractive woman in a blue kimono. When interacting with humans, she normally wears a formal suit. 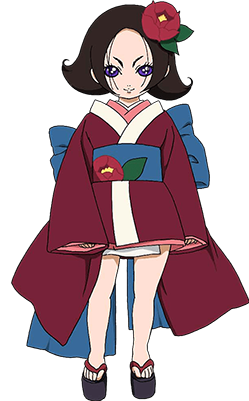 A mysterious little girl introduced in the second season. She delights in annoying others.

One of Ai's assistants. He was introduced in the third season and has the appearance of a boy. Most of the time, he keeps Kikuri from bothering the other minions. 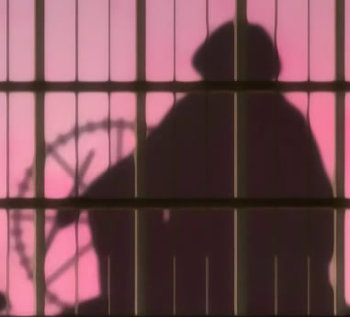 A kindly old woman hidden behind a sliding door who only speaks to Ai. All that is seen of her is the silhouette of an old woman with a spinning wheel.

Other Characters Introduced in Season 1 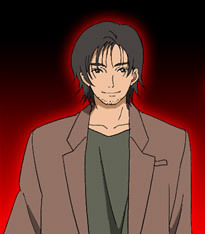 A bumbling reporter who has made it his mission in life to stop Hell Girl. A book written by him appears in the second season. 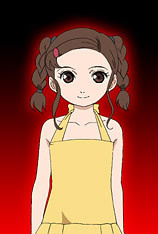 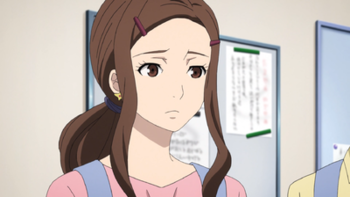 to see her as an adult
Voiced by: Nana Mizuki (Japanese), Luci Christian (English)

Hajime's young daughter. She is able to see through Hell Girl's eyes. 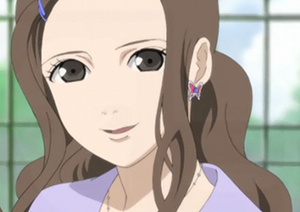 Hajime's dead wife. When he caught her cheating on him, he chased her away, resulting in her dying in a car crash.

A TV psychic who actually has powers and claims to have broken out of hell. 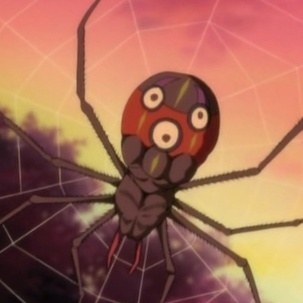 A bizarre-looking spider that hangs around the hut in Ai's sunset realm. 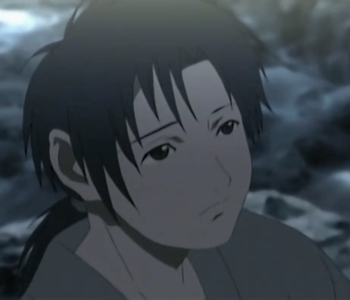 Ai's cousin and only friend.
The Villagers

The people who lived in Ai's village when she was alive, 400 years ago.

Other Characters Introduced in Season 2 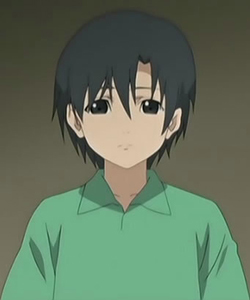 A boy who lives in the town of Lovely Hills. He is blamed for murdering his mother and assaulting his father due to being in the wrong place at the wrong time in both cases. When people begin disappearing around town, the townsfolk blame him. As the disappearances continue, people begin to fear that he has supernatural powers and begin calling him the "Devil's Child." 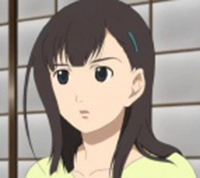 The younger sister of the detective investigating Takuma. She befriends him after finding out that he isn't responsible for the disappearances around town.

Other Characters Introduced in Season 3

A middle school student who gets possessed by Ai Enma. As a result, she has the ability to see the grudges avenged by Ai in much the same way as Tsugumi did. It goes downhill from there. 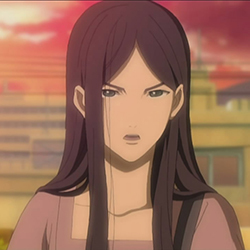 Other Characters introduced in Season 4

A new character introduced in the fourth season who has apparently lost her memory. She is trying to convince Ai that her work as Hell Girl is wrong.