Film / Embrace of the Vampire 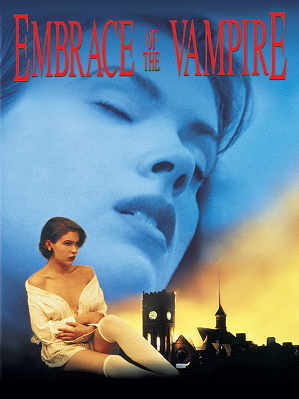 Embrace of the Vampire is a 1994 vampire film.
Advertisement:

Charlotte (Alyssa Milano) is a college freshman who discovers she's being pursued by a vampire who wants to turn her to his side.

Remade in 2013 to cash in on the Twilight craze.